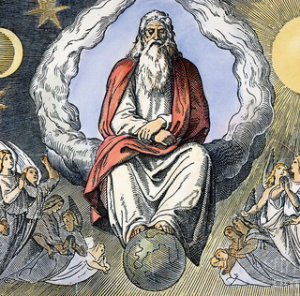 Weekends used to be a time for R&R. Even the Lord felt He’d earned a day off after putting in a six-day week. But such antiquated practices are on the way out in the latest NHS revamp. The Prime Minister has promised us seven-day access to our GPs for routine consultations, so seven-day access we shall have.

Of course, as I’ve noted before, we can already access a GP 24/7 for urgent matters via the ‘Out Of Hours’ service, but now it seems we deserve to be able to visit our GP’s surgery any day we like. They work for us, remember, so we can call the shots and make them fit into our hectic schedules.

Naturally, GPs aren’t too happy about this. They say the profession is on its knees because of workload pressures, and further claim that working seven-day weeks equates to a 40 per cent increase in activity. They point to the escalating exodus of experienced GPs in their mid-50s who are retiring early, and the younger ones going abroad to more verdant (and tranquil) pastures. For the second year running, great swathes of GP training posts remain unfilled, with the number of newly qualified GPs being almost identical to those leaving – a state of affairs which obviously fails to generate the thousands of extra GPs we need (and have been promised).

But fret not, Jeremy Hunt rides to the rescue with another ‘New Deal’ for Primary Care – wads more dosh and legions of shiny new GPs (from somewhere).

However, there’s a catch.

There’s always a catch, you see, because healthcare is politics and you can’t get something from nothing. To get Jeremy’s support, GPs have to sign up to seven-day working. It’s like sending out a lifeboat to a drowning man and offering him dry clothes, a blanket and a nice warm mug of tea, but he has to swim to shore to get it.

And strange news has reached me from far-flung Whitby. The local NHS there has been running a pilot of seven-day GP opening for four months, using monies from the Prime Minister’s ‘Challenge Fund’, which amounts to £150 million. Incredibly, this pilot has just been cancelled because, despite “considerable promotion”, the uptake by patients was very poor, with only 50 per cent of the Saturday appointments being filled, falling to a meagre 12 per cent on Sundays, leaving GPs twiddling their thumbs when they should be at home tucking into a roast (or playing a round of golf). Even the sick and diseased prefer to keep the Sabbath, it seems.

Oh, and patients also “did not like the ‘hub’ model, because they preferred to be seen in their own practice”. It’s not ‘my GP’, you see. I won’t say I told you so.

I heard this week that my own GP is deserting me after 28 years, retiring early at the age of 57. He’s splitting for all the usual reasons – workload, bureaucracy, unending government interference (and no, he’s not the red-flag-flying sort). I’ve asked him if I might continue to see him as a special case, especially on a Saturday or Sunday, just for emotional wellbeing (mine; not his). Sadly, it’s not an option. “I won’t be a doctor anymore,” he explained, mumbling something about being free from the trauma of reappraisal. I asked him when seven-day surgeries are coming to South Bucks, and (knowing my political inclination) he smiled and said there was no market for it.

Pressure for appointments is not a constant of nature, but fluctuates like ice-cream sales at Tesco. There are apparently times when demand dries up. Few people, he said, come when there’s even the finest smattering of snow on the ground, and no-one comes at all after lunchtime on Christmas Eve – “So hallowed and so gracious is that time,” as Marcellus apprised Horatio. Maybe weekends are also less popular for surgery visits. Perhaps, then, before we load this onerous burden on the backs of our beleaguered GPs, we should have a trial to assess demand? Oh, hang on. We just did that, in Whitby.

So now I need to find myself a new GP. After three decades of consistent care and compassion from ‘my GP’, that’ll take some getting used to. Still, at least I’ll be able to see my new GP on Sundays. Oh, sorry, it won’t me ‘my GP’, will it? It’ll be somebody else’s GP, working in the seven-day ‘hub’.