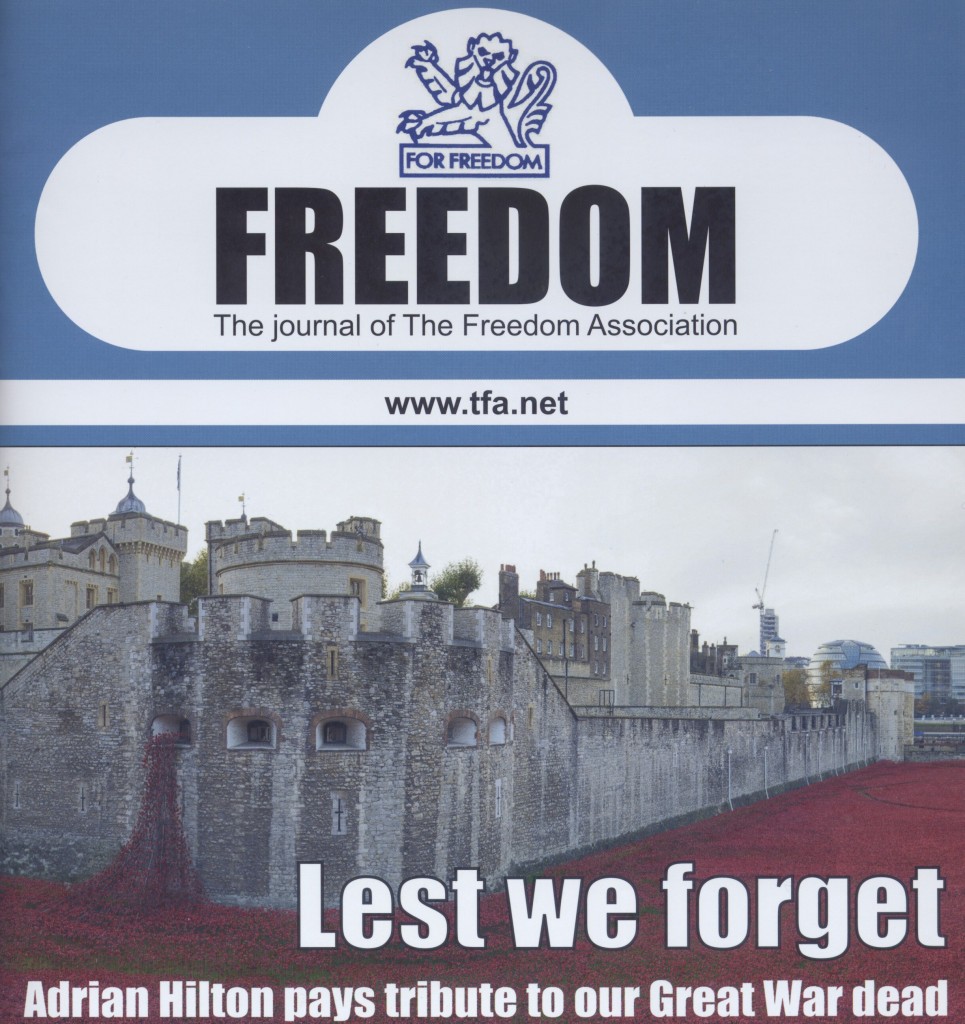 Some wars are fought to subjugate and oppress, others to redeem and liberate. Some are arise out of vengeance and resentment, others in pursuit of justice and peace. There are conflicts of land and wealth or power and glory. The righteous rhetoric of dictatorship carves into the democratic commonwealth. The principalities of theocracy, plutocracy and oligarchy seem to be perpetually ranged against liberty, justice and the rule of law. In the realm of rationality, there can be no concessions: victory is the goal and virtue the motivation. But their morality is our insanity. Their freedom is our captivity. Give me impotence, and I will show you a slave.

After a century of contentious deliberation in the dusty archives of nations, we still can’t quite agree on the origins, causes, principles or consequences of World War I. We made up our minds long ago about what to believe about good and evil or right and wrong. But even while we’re believing what we believe a thousand others are lining up to contradict us with their belligerent counterfeits. We know that an archduke was assassinated and a complex web of alliances obliged disparate nations to attack their cousins and defend their neighbours. But the recorded treaties of the temporal and political are but one dimension in an enigmatic history of hypothetical what ifs, how abouts and countless unknown unknowns.

What we do know is that 888,246 British military lives were lost between 1914-1918. That is the precise number of ceramic poppies oozing from the Tower of London in a scarlet tide of tribute. Every Briton who died in combat became a noble drop in this ocean of blood. Those who lost an arm or a leg became living heroes. Those whose eyes were melted and faces disfigured with fire; and those who shivered as they were shot at dawn – well, we don’t want to think too deeply, do we? War is an apocalypse of hell, and there’s a warm bed reserved somewhere in eternity for each and every one of its massed victims.

As people filed past the sea of red – millions of them – some stared, some meditated; a few choked, and one or two thanked God for the sacrifice that secured our customs, traditions, rights and liberties. At least for another 20 years.

Even after World War II and all the successive wars and rumours of wars, it is clear that we have failed to eliminate the ideological impulse to dominate and eradicate. ‘The war to end all wars’ was nothing of the sort: aggressors still have malignant objectives and defenders have righteous motives. And in the irreconcilably divergent perspectives and mutual exclusions we see the trauma, suffering and bloodshed that is pre-ordained. Whatever the losses or gains; however we reason the moral dichotomies or enforce political agreements, we must never take for granted the liberty and autonomy of national sovereignty.

Some carp that World War I was a national tragedy – a whole generation of our brightest and best lie buried somewhere on the long, long trail of trenches from Ypres to the Somme. Lions led by donkeys, they say, left hanging on barbed wire for vacuous notions of nationalism and crass pseudo-patriotism. Don’t believe them. Don’t dignify their cynicism or prettify their pessimism with a second thought. Just be silent and perfectly still. If you didn’t visit the reverent poppies, take the time to study an image of their witness. And give thanks that that each and every one of them gave all their yesterdays so that we might have today, and our children and grandchildren revel in a thousand tomorrows. God willing.