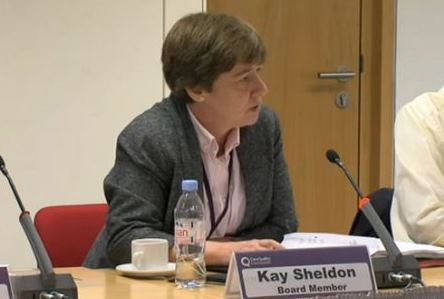 The baby and maternal deaths at the Morecambe Bay NHS Trust in Cumbria must be a cause of unbearable grief to the families affected. Bereavement is often silently endured, but the pain of loss is so intense that it never really passes. Each grieving journey is unique, yet common to all is an overwhelming feeling of being suspended helplessly somewhere between exile and death.

To learn now of allegations that the hospital’s systematic incompetence and alleged medical malpractice may have been subjected to a cover-up by NHS regulator, the Care Quality Commission (CQC), can only compound the sense of natural violation. It is an agonising thing to lose your baby; it is intolerable, unjust and offensive to have been duped and deceived about the circumstances of that loss.

While the primary media focus is rightly cast upon those babies and mothers who were victims of chronic neglect, there are others who have suffered grievous emotional harm and psychological trauma in this appalling saga, and they should not be forgotten.

Consider the case of Kay Sheldon, who sits on the CQC board as a non-executive director. She is responsible for maintaining the Commission’s professional standards and integrity. When she attempted to raise concerns about the CQC’s modus operandi – in particular of trying to conceal its own weaknesses and failings – she was harassed and victimised by her superiors and fellow board members.

But at no stage did anyone take her concerns seriously.

Instead, she was victimised, bullied, undermined and discredited. Attempts were made to remove her from her job, and her mental health was questioned. Read her illuminating 2012 account to the Health Select Committee.

Blowing the whistle is never easy. The physical, mental, emotional and professional costs are incalculable and irreparable. You are harassed with underhand threats and a constant stream of slanderous whispers. Those in authority conspire to spread lies about you in a concerted effort to defame your good name and undermine your integrity. Then they happen to mention to your colleagues certain allegations of lurid affairs or sordid suspicions of paedophilia; disseminating vicious rumours about your mental stability; and then contriving to dismiss you for gross professional misconduct or bringing the organisation into disrepute.

This goes on not for a few weeks, but months, if not for a year or more. With the drip, drip, drip of inference and innuendo, your reputation is in tatters. You knock back cocktails of valium, temazepam and Prozac; anxious, sweating, isolated, lonely, crying uncontrollably and not sleeping. On the brink of a complete breakdown, you question your very existence and even consider suicide as you begin to believe the circulating lies and doubts about your own sanity.

It takes a formidable character to stand up to the bully: whistle-blowing is simply not for everyone.

Back in 2011, the House of Commons Health Select Committee suggested making whistle-blowing a statutory duty for all NHS employees. The proposal was to make it a ‘professional obligation’ upon all healthcare workers to report colleagues they suspect of poor practice or misconduct, and if they failed to do so, they would themselves face disciplinary action.

Talk about a rock and a hard place.

The Committee said they were well aware that some doctors and nurses who have blown the whistle have ‘sometimes been subject to suspension, dismissal or other sanctions’. But in that cold, crass half-sentence was absolutely no appreciation at all of the months of emotional trauma and mental misery such processes represent. Bullies are calculating, manipulative and ruthless. And whistleblowers can suffer profoundly as they are ferociously and remorselessly persecuted for righteousness’ sake.

It is one thing for Stephen Dorrell, the Select Committee Chairman, to say that ‘their employment clearly can’t be at risk’. But the reality is that it certainly will be: the survival instincts of the bully will wage a systematic war of attrition until the enemy is isolated and crushed. There can be only one victor. And by ‘bully’, we’re not talking about those who may occasionally raise their voice to intimidate, or throw the odd chair or mobile phone across the room. No, the worst bullies are those whose war is psychological; those who invent history and distort truth to create their own; those who will lie so fluently and frequently that you begin to think you’re living in a parallel universe. The personal costs are immense.

The act of reporting your superiors to their professional body should carry a government warning: whistle-blowing will seriously damage your health (not to mention your wealth). Back in 2011, Stephen Dorrell and his Select Committee only took evidence from two key regulators of the healthcare professions – the GMC and NMC. Why only hear the testimony of directors, executives and registrars? Why didn’t the Committee hear first-hand accounts from other NHS employees; from whistleblowers whose careers have been blighted and whole lives ruined by their noble actions?

Why, for example, didn’t they summon Dr Stephen Bolsin, an anaesthetist who exposed a scandal which was costing lives, and who was then forced out of his job and had to work overseas because his reputation in the UK had been destroyed? And why on earth didn’t the Committee summon Ian Perkin? If they had done so, Kay Sheldon may not have felt so exposed, or her evidence seem incredible. 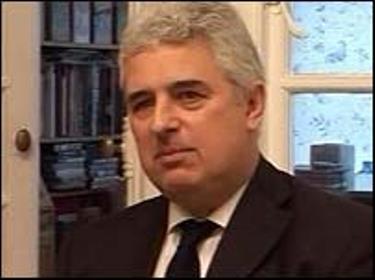 For those who don’t know, Ian Perkin (pictured above) was employed as finance director of the St George’s Healthcare NHS Trust in London. He had an impeccable record of service going back 33 years, with no complaints at all against him. Then, in 2001, he exposed poor practice in the cancellation of operations, and in 2002 he blew the whistle on the dire state Trust’s financial affairs. All hell broke loose. His employers launched a counter-offensive disciplinary procedure, slandering and defaming him in the process. He was asked to resign, but refused. He was then subjected to an internal disciplinary process which determined (conveniently) that he should be dismissed. The reason was that he had ‘an unreasonable management style’ (though nobody had ever complained and no performance review had ever identified such a character flaw). Further, contrary to all principles of natural justice, he was denied an appeal against the decision.

It took many months for him to bring his case to an Employment Tribunal (with no job and no income). Astonishingly, although he was found to have been unfairly dismissed, the Tribunal judged that no compensation was payable because he had contributed 100% to his dismissal.

It beggars belief that a man with an unbroken and impeccable work record going back 33 years could, within a few months of blowing the whistle, suddenly be judged to have ‘an unreasonable management style’. It is also quite incredible that no compensation was payable even though the St George’s Healthcare NHS Trust had clearly harassed and bullied their employee (at the very least by not following their own procedures and denying natural justice).

Perkin appealed, and lost. He appealed to Government ministers and also to the former NHS chief executive Sir Nigel Crisp, but to no avail. He discovered, quite contrary to public statements and assurances, that ‘the NHS offers no assistance at all to whistleblowers, and in fact you are completely on your own’.

Ever since the Perkin judgement, public bodies have been able to cling to the precedent that they can sack the whistleblower and take their chances in an Employment Tribunal. And the odds are on their side: the employee is undermined, defamed, destroyed, unemployed and unemployable. It will take a year (or more) for them to bring their case to Tribunal, with all the attendant worry and associated stress, and they are unlikely to be able to afford to wait for justice, which is invariably long-delayed, if it comes at all.

Further, the average compensation paid for unfair dismissal is only £8,000. If it is judged that your whistle-blowing contributed to your dismissal (which is highly likely), you may, like Perkin, end up with absolutely nothing. Effectively, you can now be dismissed on the grounds of personality, and you don’t have a leg to stand on.

What employer isn’t going to have a problem with your personality if you decide to the blow the whistle on his or her incompetence, malpractice or misconduct? And remember that Perkin was a finance director. If this is how an NHS trust can bludgeon and bully a seasoned and experienced executive, what tortures can befall the brave junior doctor or inexperienced nurse who dares to speak out?

If whistle-blowing should be a statutory obligation in healthcare because, as the Select Committee asserted, ‘true professionalism involves intolerance of the second best’, why restrict it to the NHS? Why not oblige teachers to blow the whistle on incompetent headteachers and inept governors? If intolerance ‘is the best safeguard of the standards of care delivered to patients’, why is it not also the best safeguard of standards delivered to children? And why stop there? Why not oblige all public-sector employees to blow the whistle on all chronic incidences of malpractice and misconduct? And why doesn’t the Health Select Committee lead by example, and oblige all MPs to do so? Not, of course, in a partisan fashion; but in a spirit of ‘true professionalism’; out of an intolerance of ‘the second best’ within their own parties?

Of course, your friends would swiftly desert you and the Chief Whip wouldn’t want to know about your grievance. And it’s difficult to see how you could then escalate the matter or by what mechanism you could appeal before the tables are swiftly turned and the full force of Machiavellian evil is unleashed as they fabricate all manner of malicious lies about your professional competence in a concerted effort to destroy you. And they will.

Despite having done the right, just and moral thing, Kay Sheldon is likely to be ejected from the CQC board. The new CQC chairman David Prior has said: “We are completely changing our board at the moment… by September I will have done a full review of the board and the strengths of people on the board and that’s when we’ll make a decision.”

And so, under the guise of a ‘new broom’, a ‘clean sweep’ and ‘moving forward’, Mrs Sheldon will be rewarded for her professional bravery and emotional tenacity with the fate of all whistleblowers: she will be unemployed and, most likely, unemployable.

Jeremy Hunt and Stephen Dorrell can spout about healthcare duties and professional obligations all they want. But, by God, you need to have rather more understanding of the inherent pain and personal costs before you encourage or oblige employees to stand up to bullies and blow the whistle. You can’t legislate for emotional strength, inner conviction, psychological tenacity or moral determination – even for righteousness’ sake.