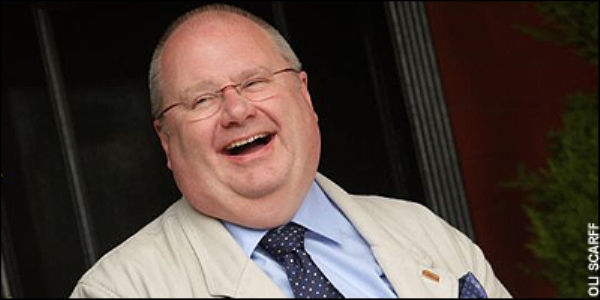 This might seem like a very small victory, or a relatively insignificant retraction from the onward progression of the EU’s ‘ever closer union’ which has (until very recently) seemed inexorably one-way. But Eric Pickles, Secretary of State for Communities and Local Government, has firmly rebuffed the pompous Europhile academics and statisticians who demand unquestioning compliance to EUniformity.

From the end of October, the Department of Communities and Local Government will no longer collate or publish data based on the EU’s regions, which form part of the administrative landscape in all member states. Instead, data will be gathered along distinctly UK business and council-led Local Enterprise Partnership boundaries, to complement existing statistics gathered by local authorities.

So, out go the functional, distant and utterly alien ‘Eastern Region’, the ‘North West Region’, and the supranational Transmanche Region of ‘border community’ and common-purpose cooperation. And in come the historic, traditional and familiar upper-tier local authorities we know and love so well – Cheshire, Lancashire, Rutland, Oxfordshire, Cornwall…

According to Mr Pickles, EU regional classifications are ‘misleading’ because ‘they fail to quantify both the pockets of deprivation that can exist within regions or the differences between rural and urban England, and there is an inconsistency of approach to the size and population of each government region’.

“They are arbitrary lines on a map that have no resonance,” he said, “in contrast to England’s long-standing cities, boroughs and counties which have a real sense of local identity and popular support, dating back centuries in many cases.”

The Secretary of State is essentially of the view that the continuing use of the former government office regional boundaries no longer provides a coherent framework for assessing public policy: “Many of the Government’s policies now use alternative local geographies. Publishing statistics at a regional level is no longer necessary or informative, and we see little point in producing statistics at taxpayers’ expense for their own sake,” he said.

This is not merely a symbolic shift. It may be observed that the British Government is obliged under EU regulations to provide regional statistics to Eurostat, the EU’s statistical office. So, by refusing to subscribe to Eurostat diktat, Mr Pickles is creating something of data-validity problem for the Euro-statisticians: while every other member state will be gathering, collating and comparing regional performance in prescribed EUnits, the UK will be submitting unique local authority figures, leaving it to Eurostat to formulate an effective methodology for analysing the data.

But the DCLG statement is unequivocal in its repudiation of EU encroachment: “Ministers reject the notion of a ‘Europe of the Regions’ where nation-states and national Parliaments are sidelined, and replaced with distant regional governments answerable only to a federal European super-state. Dismantling such arbitrary, unelected regional administrative structures will assist in that goal.”

To those who object, Mr Pickles advises: “For the purposes of historic comparisons, nothing prevents academics and other interested parties from compiling and analysing local authority data by the old regional government boundaries, if they wish.”

But, as far as he is concerned, the unelected Regional Assemblies/Regional Chambers, the Government Offices for the Regions, the Regional Fire Control programme, and the Regional Development Agencies have been terminated. And the same fate presently awaits the Regional Spatial Strategies.

The message is clear: the EU can carve and slice away at the nation states of Europe if they want to. But their strategy of divide and conquer won’t be progressing much further in the UK – at least not on Eric Pickles’ watch.