I know Dominic Grieve rather better, having met him dozens of times since he entered Parliament (he’s my MP) and having been his association deputy chairman in Beaconsfield. He is also pleasant and articulate, though more cerebral than intuitive, and more intellectually incisive than reassuringly empathetic.

But it would be a mistake to caricature the Prime Minister as warm, welcoming and charismatic, and the Attorney General as cold, detached and aloof. Certainly, in this televisual age, David Cameron is seen to possess the Blair-Clintonesque politico-emotional ‘X-Factor’ (so lacking in his four predecessors as party leader). And Dominic Grieve clearly relishes sparring with the likes of Jeremy Paxman in the inquisitorial lawyerly fashion of iron-sharpening-iron, apparently devoid of feeling and compassion.

But when it comes to character integrity and political authenticity, or matters of truth and questions of competence, the Attorney General is simply head, shoulders and torso above the Prime Minister. And while stories of Cameron’s ‘Flashman’ bullying tendencies surface with an unnerving regularity, those who work with Grieve have nothing but kind words, respect and admiration for the man. Perhaps, under a different leader, he might have been appointed Home Secretary by now, instead of fulfilling his professional deformation as a periwig-pated fellow, all phlegm and no choler.

Yet however congenial he may be, I simply don’t agree with my MP on the subjugation of our Courts and the ever-diminishing sovereignty of our Parliament.

Take the recent furore over votes for prisoners, for example. Criminals given a custodial sentence have been denied the right to vote since Parliament passed the Forfeiture Act in 1870. This was itself based on the 14th-century notion of ‘civic death’, which is the English custom and tradition. When Guy Fawkes and his Roman Catholic co-religionists conspired against the Protestant State, they breached the social contract of the time and attempted to re-impose what amounted to continental European customs and traditions. They were tyrants against liberty, and so justly executed. They chose to side with Rome against London, thereby alienating themselves from English civil society and so surrendering their rights and liberties under English law.

As a barrister, Dominic Grieve’s mind is naturally on the illegality – according to a judgment of the European Court of Human Rights – of a blanket prohibition on votes for prisoners, which apparently contravenes Article 3 of Protocol No 1 of the European Convention on Human Rights. And as the Government’s senior legal advisor, it is his job to highlight the obligations which stem from being a signatory to the Convention, not least of which is the requirement upon member states to execute the Court’s judgments where there has been a proven violation of a citizen’s human rights.

So, if a latter-day Guy Fawkes were caught attempting to assassinate the Queen or blow Parliament to kingdom come, while the entire population (and possibly Parliament) might demand the immediate reintroduction of capital punishment, Dominic Grieve would reasonably invoke our obligations under the ECHR.

While this might seem a perversion of justice, it must be observed that Parliament voluntarily acceded to the Convention on our behalf, and since Parliament has freely chosen to accept the jurisdiction of the supra-national Strasbourg Court, and since no power continues to force UK membership of this ‘club’, it follows that we ought to abide by the rules – or leave. Indeed, the Attorney General has intimated that we might even be expelled from the Council of Europe if the Government fails to abide by the ruling on votes for prisoners. 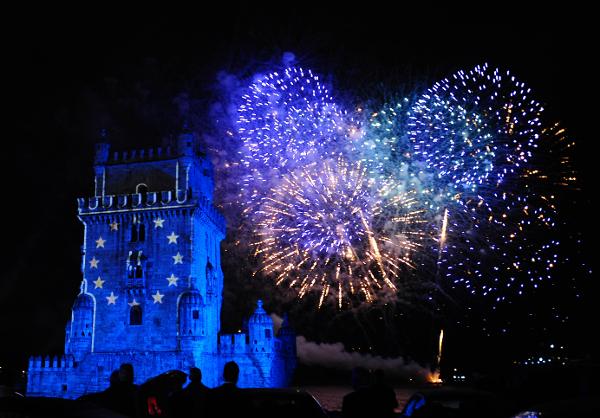 The dividing line between liberty and tyranny is becoming muddled and murky. It is uncharacteristic of Dominic Grieve to resort to political hyperbole: the UK is about as unlikely to be ejected from the Council of Europe as we are to be expelled from EU. But one can understand his frustration.

The Prime Minister reiterated his absolute repudiation of votes for prisoners to Parliament during a recent session of PMQs. Perhaps he had no choice, given the stance of his new non-lawyer Justice Secretary Chris Grayling, whom Cameron obviously prefers to the learned and pedantic Dominic Grieve. But given the Attorney General’s position in Government and his desire to maintain the rule of law, the interjection was disrespectful, not to say rude and inconsiderate.

Yet – unlike with the Prime Minister – at least we know where the EU-supporting, ECHR-lauding and ECtHR-respecting Attorney General stands. While Cameron hops this way and blows that way from day to day and week to week, Grieve has been as been as constant as the northern star – going right back to his maiden speech in the House of Commons in 1997, during which he declared: ‘The incorporation of the European Convention on Human Rights into our national law is something that, although challenging, is nevertheless desirable if it can be done without diminishing the sovereignty of Parliament.’

And there’s the rub.

What we have seen over recent years amounts to incremental judicial activism, and the Court’s propensity, in the words of Lord Hoffman, to ‘aggrandise its jurisdiction’ in order to secure jurisdiction over domestic law, thereby establishing an ever-closer legal area after the fashion of the US Supreme Court. Some might call it a legal tyranny.

Insofar as the European judges are unaccountable and the Court shows no inclination to curtail its interference in domestic law, it may be observed that Guy Fawkes finally got his way after five centuries: the Monarch is made impotent by virtue of her EU citizenship which renders her subject to the judgments of a foreign court, and Parliament has been neutered by ‘sovereignty pooled’ under the guise of Corpus Juris, a pan-European criminal code, along with a European Public Prosecutor, Eurojust, Europol and European Arrest Warrants.

The UK Parliament is supposed to be the guardian of our liberties, but they have surrendered our democracy to the EU Commission and our jurisprudence to the European Courts. Our elected representatives may have determined that prisoners shall not get the vote, but it remains to be seen whether that vote is sufficiently sovereign to stand against the foreign Court which is the appointed guardian of prisoners’ rights.

As we burn effigies of Guy Fawkes on our bonfires and light our fireworks tonight, let us rejoice in the commemoration of our liberty – fragile as it may be – and celebrate that we are still sufficiently free to determine that voting is an entitlement and responsibility of the law-abiding, not an inviolable right of the lawless.