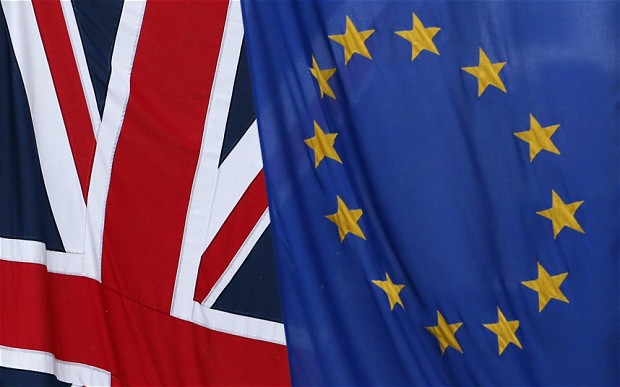 The 1970s were a dispirited, discordant and fractious decade of industrial unrest, strikes, blackouts, three-day-weeks, piles of unburied corpses, and kerbsides strewn with mountains of uncollected rubbish. I didn’t care: I wasn’t even really aware. I used to love power cuts because they meant darkness and adventure. I was far too young to worry about wages, fuel shortages, Commie unions and inflation. I didn’t know that the country was on its knees, but I loved the warming glow of candles, and the wonder of carrying one “up the rocket” to bed.

Smack bang in the middle of my halcyon years, in 1975, the embryonic Freedom Association was being gestated and hatched by its founding fathers. I didn’t even know what freedom was: I just lived in it, or laughed and played in an image of it. To me, Norris and Ross McWhirter made up that weirdly encyclopaedic double-act off Roy Castle’s Record Breakers. And while he crooned every week about the virtues of dedication, they expounded all the specifics and statistics of who was the tallest, smallest, fattest, thinnest, fastest and slowest in the world. I wonder if they had any inkling of the significance that year would come to have in our national story?

My parents and grandparents all got to vote on the vexatious question of whether the United Kingdom should remain a member of the European Economic Community, to which Parliament had acceded on our behalf two years earlier. They might have had quibbles or concerns over Harold Wilson’s motives, but those of my family who voted ‘Yes’ had been reassured by Ted Heath’s original promise that UK accession to the EEC entailed “no erosion of essential national sovereignty.” And, being loyal Tories in a more credulous and reverential era, they trusted him.

But since then, almost imperceptibly, if not by systematic stealth and collaborative institutional deception, the European Economic Community morphed into the European Community, which, in turn, shape-shifted into the European Union. And now there are whispers and rumours of a United States of Europe – all robustly denied, of course, just as all the other “ever-closer-union” blather and chatter has been disavowed, rebutted and repudiated from time to time. And yet, for all these impassioned refutations, far from abiding joyously in a green and pleasant Common Market animated purely by matters of trade, tariffs and jobs, we now find ourselves tenants in a foreign land, subject to the responses and repercussions of a common European parliament, anthem, flag, passport, citizenship, currency, bank, army, police, airspace, agriculture, fisheries, energy, environmental policy, social charter, development fund, patent office, statistics office, education exchange, space agency, justice system and security and defence identity.

My grandparents are long dead, but my parents believe they were all deceived. And, like everybody else under the age of 57, I’ve never been consulted one way or the other about the fact that my vote accomplishes increasingly less each time I deposit it in the ballot box: more liberties have been surrendered, rights negated and sovereignty “pooled”. And they are my rights and liberties, and it’s my sovereignty, too. By 2017 – if the Conservative Party has won the preceding general election and we are finally granted our long-promised In/Out EU referendum – no one under the age of 60 would ever have been consulted on what must be the most important political question of the age: ‘Who governs Britain?’

I’ve never understood why people are surprised by EU arrogance, aloofness, unaccountability and the “democratic deficit”. It was all purposely designed that way – almost after the fashion of Plato’s Republic, with its philosopher-kings teaching us the immutable truths, inculcating the enlightened vision and guarding us from the secret corners of our baser national instincts. And I’m afraid no tortuous process of renegotiation, however well-meaning, is going to persuade the elite oligarchs that a return to state autonomy and bilateral democratic co-operation is the way forward. To them, “pooled” is what sovereignty must be if we are to avert economic collapse, civil unrest, dictatorship and war. That supranational political fusion is pushing us toward these very social catastrophes is apparently of no consequence: the Commission’s answer to every crisis is, quite simply, “more Europe”, for the path to EUtopia is narrow, and the ‘High Contracting Parties’ have decreed this to be the orthodox and infallible way of socio-economic salvation.

Perhaps there was never anything “essential” about our sovereign capacity to trade with our continental neighbours: what possible objection could there be to treaty accession to a body tasked with ensuring that French pharmaceuticals and Spanish electrical insulation conform to British safety standards before they can be imported? Or that British beef meets a minimum standard of health and hygiene certification before it can be exported? And who, then, could reasonably object to the establishment of an overarching court to arbitrate in matters of dispute to determine fairness in our mutually-beneficial commerce for the flourishing of the national economic enterprise?

But by what scheming and malevolent “ever-closer” means have we reached the point where freeborn British citizens may be summarily arrested under the provisions of a European Arrest Warrant; extradited at the behest of Europol; incarcerated in a godforsaken prison and subject to Eurojust and the judgments of a foreign court? Gone are the ancient rights bequeathed to us by Magna Carta: there is no presumption of innocence, Habeas Corpus or trial by jury. And none of this, the Home Secretary Theresa May has informed us, will be up for “renegotiation” whenever – if ever – David Cameron is given the chance to confer with his elite colleagues to arrive at a new settlement.

They can haggle to their heart’s content over adjustments to the material burdens on business, translating directives about cutting red-tape and arriving at the dynamic equivalent of mitigating bureaucracy. But I don’t need to read a horoscope. For me, issues of freedom and justice transcend matters of economics; production and distribution; buying and selling. Indeed, I’d say that the powers of a foreign prince to demand the arrest and imprisonment of a UK citizen, who is then subject to a judicial inquisition with no jury of peers to weigh guilt or innocence, amounts to the loss of “essential national sovereignty”. And I want it back.