There’s a certain irony in awarding his prestigious Peace Prize to a union of nations which is presently being ripped apart by fiscal anarchy and economic folly. While the Greeks are burning German flags and Croatians are burning EU flags, Herman Van Rompuy seems to shuffle on obliviously. 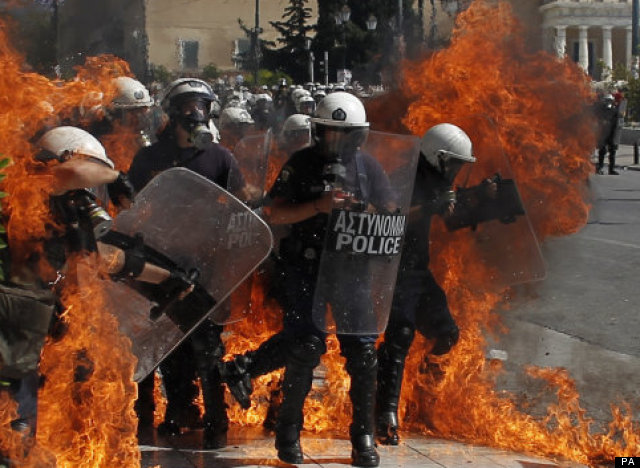 ‘The EU is the biggest peace-making institution ever created in world history’, he proclaimed, with a straight face. While Spain teeters on the edge of civil unrest in the worst recession since the 1930s, the talk is once again of revolution. Yet the President of the European Council tells us in his bank-clerk tones that the award is for all European leaders and all European citizens ‘from this generation and the former generations’.

Presumably, ‘all’ excludes one or two popes, the Habsburgs, Napoleon, the Kaiser and Hitler. But it’s hard to tell in Van Rompuy’s Charlemagne-idolising version of history. For him, two world wars were nothing to do with Germany trying to smash France, crush Poland or march over Britain. They weren’t so much about liberty versus tyranny, autocracy against democracy, or good overcoming evil. They were, he tells us,’European civil wars’ – conflagrations between competing groups within the same European State. Now that those troublesome fractious statelets have been eradicated (even redacted) from our collective consciousness, he assures us that ‘this cannot happen again’.

That’s probably what they said about Yugoslavia, Czechoslovakia and the Soviet Union. Not to mention Libya, Iraq and Afghanistan. If history teaches us anything about religious division, ethnic identity and the will to cultural manifestation, it is that respect across the borders of tribal difference and clan differentiation helps to foster supranational cohesion and preserve the peace. When the global elite architects with their deliberate designs attempt to enforce heterogeneity, an empire is certainly created, but peace invariably destroyed. 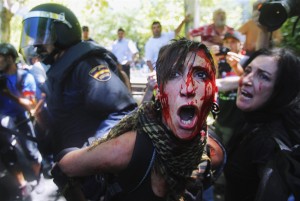 You can only keep an artificial political construct together by repression. In the emerging two-tier Europe, if external pressure is not applied to enforce monetary and fiscal policy, as sure as night follows day we’ll see economic cohesion and budgetary discipline weakened by gigantic centrifugal ruptures. New political movements are emerging all over the EU to contend against the otiose and oppressive order – from the True Fins in Finland to Britain’s UKIP; from LAOS in Greece to Austria’s Freedom Party. The common concerns are with economic failure, mass unemployment, falling living standards, uncontrolled immigration and the erosion of essential national sovereignty. This is the very stuff of civil unrest and the undoubted foundations of past wars.

As debts soar, austerity measures imposed, technocrats installed and democracy suspended, it is amusing to read in the Nobel committee citation that the EU has ‘contributed to the advancement of democracy’. It was never designed by Monnet and Schuman to do anything of the sort. And, indeed, it hasn’t. The EU is fundamentally anti-democratic, and it has to be, because, as Chancellor Merkel explains, ‘The euro is more than a currency because at the end of the day it is about the original idea of a union of peace and of values.’ So, if the people know what’s good for them, they’ll rejoice in their Peace Prize, celebrate their togetherness in Europe, and make sure that that togetherness gets them ever closer together for the sake of world peace.

The nations of Europe are all now peace-loving democracies. This is the principal reason for 60 years of peace in Europe. Democracy, NATO, and mutual respect for ethic difference and cultural differentiation are the best guarantors of peace. And the erosion of any of them will eventually create tensions and conflicts which no number of EU treaty obligations or centrally-imposed diktats could quell.