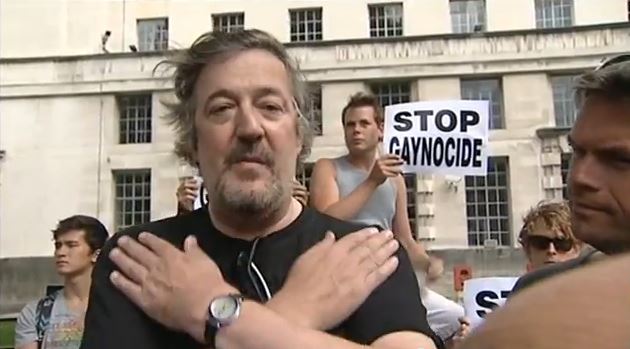 This was one of the more judgmental but eloquent rants I received from Stephen Fry’s Twitter hordes following my perfectly reasonable question as to why a ban on the 2014 Sochi Winter Olympics is an ‘essential’ response to Putin’s anti-gay legislation, but no such ban is warranted on the arts. Another of them helpfully advised: ‘Please go jump in a lake. I dare say you can swim, but it might just wash off the stench of smug self-righteousness.’ One of Fry’s more intelligent and articulate followers called me a ‘c**t biscuit t**t’, whatever one of those is. END_OF_DOCUMENT_TOKEN_TO_BE_REPLACED