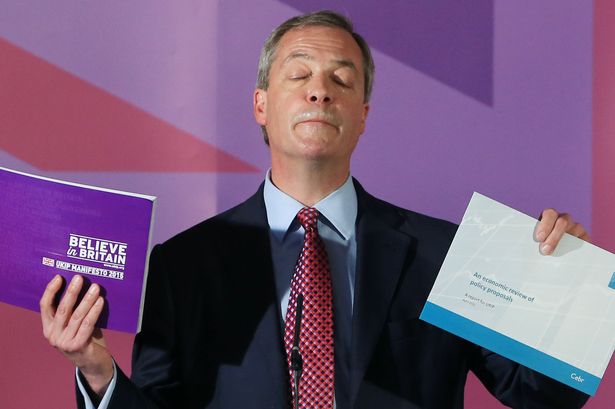 It’s fairly straightforward. Edward VI was on the throne, and there had been a few tussles between Church and State for the control of young minds. The Church wanted Latin used for chanting; the State for logic and grammar. So free schools were established (Michael Gove was not the first) to liberate the curriculum in order to inculcate the Liberal Arts and raise standards of attainment.

A key shift came when the chantries were dissolved. That was the point at which education ceased having an exclusive inward-looking ecclesiological obligation to cater for its own, and moved to a more evangelical mission for the masses in every marketplace.

But if you believe UKIP (and, to be fair, many Conservatives), the grammar school heyday came four centuries later, when Ted Heath and Margaret Thatcher were taking their O-levels; when social mobility had reached its zenith and bog-standard comprehensives weren’t even a glint in Old Labour’s eye.

Obviously, the elite model of education didn’t quite work for Ted, but, according to popular myth, The Lady’s intellect clearly flourished with nightly prophetic dreams about Dorothy Hodgkin’s model of the penicillin molecule. And that’s an experience (educational, not beatific) which UKIP (and, to be fair, many Conservatives) want to see recreated for the intellectual cream of today’s youth.

Being myself the product of such a school (happy years I call to mind with genuine fondness), I’m not opposed to UKIP’s grammar-school policy per se, either politically or philosophically. Or, for that matter, educationally.

Indeed, I’d like to see much less mixed-ability teaching for the simple reason that it hinders attainment at both ends of the academic spectrum much more than it aids (though I’m sure the NUT and university education departments the length and breadth of the country will balk at my empiricism: I’m still smarting from a tweet that the leader the ATL – the ‘most moderate’ teaching union – sent out a year ago, saying: “The Tories sneer. It’s not in their DNA to acknowledge the enormous efforts of the teaching profession to raise education standards.” And they had the gall to accuse Michael Gove of ideological dogmatism..).

I’ve tried to probe UKIP’s policy on grammar schools for the past two years. I’ve sent polite emails from the Department of Education at Oxford University (out of genuine academic interest; not partisan politicking), and these have been followed up with diplomatic tweets and respectful DMs. I’ve talked to senior party figures face-to-face, and even offered my advisory services (gratis). The emails went unanswered, Twitter responses were vacuous, DMs hit a brick wall, and personal conversations with otherwise discerning intellects engendered glazed eyes at the most basic of questions, like “What happens to Academies and Free Schools?”

UKIP seem to support the Adonis/Gove principles of educational autonomy without quite understanding the extent of the institutional freedoms or the legal significance of direct DfE funding agreements. If you want to create a grammar school in every town (as they say they do), you can’t simply set aside statutory admissions codes or ride roughshod over an institutional ethos or culture. Having contractually devolved matters such as curriculum, employment conditions and educational character to some 4,500 academies and (soon to be) 350 free schools, UKIP can’t just waltz in and impose academic selection on one or more schools in every town.

Did I say ‘impose’? Ah, Ukip will cavil, they have neither the desire nor intention to impose grammar schools at all. And they will adduce as evidence their Policies for People, which explains: “Existing schools would be allowed to apply to become grammar schools and to select pupils according to ability and aptitude.”

Setting aside the fact that grammars don’t select pupils according to aptitude (is UKIP even aware of the wrangled distinction?), “allowed to become” is manifestly not coercion. But UKIP’s commitment to establish a grammar school in every town is contingent on at least one school aspiring to be so: the rather passive statement of “Existing schools will be allowed..” is no guarantee at all. Knowing, as I do, very many headteachers, school governors and quite a few academy sponsors, it isn’t remotely likely that they’ll be queuing up to renegotiate their founding articles or abandon their philosophical-ideological non-selective ethos. They are pledged to it, like a sacred oath sworn at the altar of social justice. And the dogma is immutable.

Of course, there is a sense – the political campaigning one – in which UKIP aren’t obliged (and don’t need) to flesh out any details of their policy at all. We are, it must be noted, still waiting to hear the precise legal mechanism and bilateral trade negotiations by which they would enact UK secession from the EU, which, being their 20-year raison d’être, you might think they’d have expounded with clarity by now. In the interminable (and fruitful) quest for disaffected Tories, they only need to announce the headline-grabbing ‘what’; not grapple with the murky details of ‘how’.

But when it comes to community relations, social integration and the education of young minds, the nuts and bolts of ‘how’ are rather important, not least because decisions taken by one school in an area can have profound knock-on effects for others. The establishment of a grammar school in every town would render every other school in the area a de facto secondary modern. You simply cannot sustain comprehensive schools with genuine all-ability intakes in areas where there is academic selection creaming off the top 15 per cent.

But let’s play along, and say (at least) one school applies to convert to grammar school status. Are we to assume that the approval would be automatic by virtue of being the sole applicant? What if its buildings are amongst the least suitable – i.e, that there is insufficient space to accommodate the top 15 per cent of that town? What if its teaching staff are amongst the least qualified to cater for the top 15 per cent across all academic subjects? And what happens if 10 schools apply? Who adjudicates between the applications? Which body is empowered to assess, and what criteria will they use? And what admissions policy will operate? What will the appeal process be? Who will staff and pay for it?

And what happens if five schools become grammars leaving four that are not? Since, by definition, the five will be competing for 15 per cent, how will the four cope with the other 85 per cent? If there are insufficient places for those who have failed their 11+ (or whatever exam UKIP advocate), will they be bussed to the neighbouring town where there is a surfeit of UTC places? What if a town has surplus grammar school places? Do they spread their catchment area wider to attract talent from neighbouring towns? Who, then, adjudicates on admissions if statutory obligations begin to span several local authorities? With Labour, Conservatives and the Liberal Democrats all inclining toward the liberation of schools from local authority control, is UKIP really planning to bring them back?

I’ve been asking these questions (and more) since April 2013. My emails to UKIP Towers appear to have been lost in a labyrinth of unpalatable logic. Michael Heaver began bounding on my behalf like a puppy with a roll of Andrex, and after a bit of to-and-fro, he pointed me to Tim Aker, then head of policy development, who, after a bit of to-and-fro, promised a reply. He must have taken one look at the nuanced complexities and decided that secrecy was the best option.

I’ve lost count of how many times I nudged and poked before Paul Nuttall was appointed their first education spokesman. He heard my cries last August and, after a bit more toing-and-froing, assured me that all would be revealed in his forthcoming conference speech. It wasn’t: in fact nothing was, beyond the reiterated ‘what’. And since then, a bit more to-and-fro has been followed by an awful lot more uncommunicativeness.

There are actually some philosophically cogent and politically (fairly) straightforward answers to most of these questions, but, as I say, UKIP aren’t interested in hearing them, and my goodwill is exhausted. The reality is that they can spout educational pie-in-the-sky because they know (as do we all) that, pace Channel 4’s docu-drama UKIP: The First 100 Days, they won’t be forming the next government. But if, by some quirk of electoral happenstance, they happen to find themselves in coalition with the Conservatives on May 8th, I’m quite sure that Nigel Farage won’t make grammar schools a red-line deal-breaker. In fact, I’m certain he’d be happy to drop the policy altogether and hurl his party onto the unstoppable bandwagon of academisation.

Neither UKIP nor the Conservatives dispute the fact that uniform comprehensivisation failed generations of children: indeed, there is quite a remarkable degree of cross-party consensus that the remedy involves the state’s embrace of diversity in provision – hence the considerable expansion of UTCs and schools with a religious character. Whether or not you savour the further diversified aroma of a grammar school in every town (and, as I say, I’m not opposed), Ukip couldn’t serve it up because they don’t do gourmet or grasp the need for expertise. No matter how brawny your dough-punchers and how eager your hash-slingers, left to their own devices, the best you’ll ever get is a dog’s breakfast.