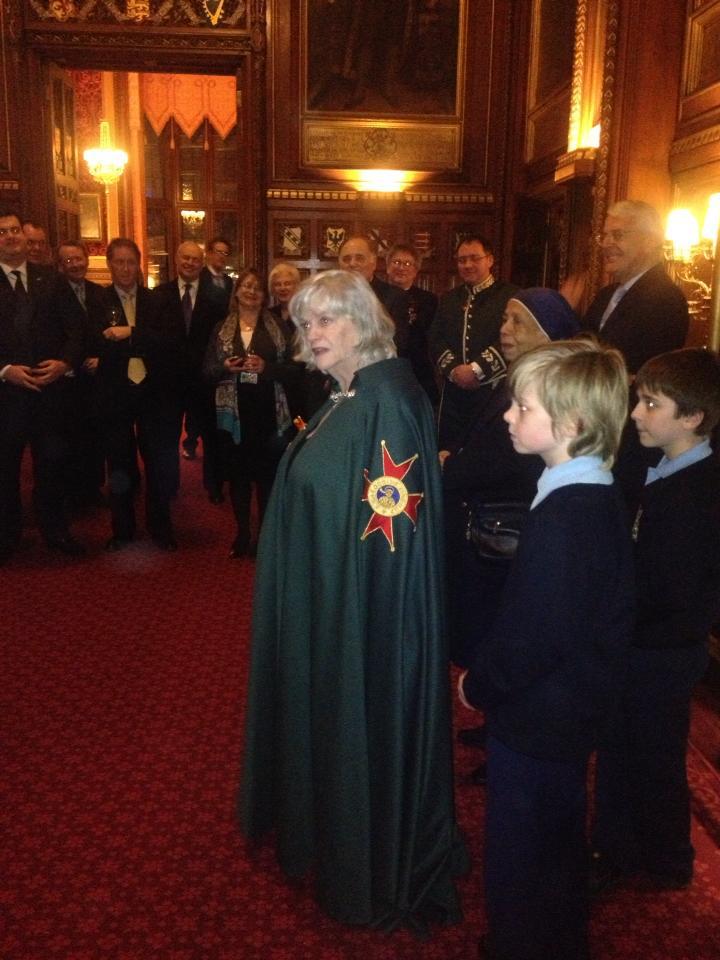 But this damehood was not bestowed by the Queen in Buckingham Palace at the behest of the Prime Minister: it was a papal honour granted after a Mass in Parliament’s Crypt Chapel. Ms Widdecombe is now a Dame of the Order of St Gregory – an honour conferred by Pope Benedict XVI himself and bestowed by Cardinal Cormac Murphy O’Connor at a ceremony in Speaker’s House in the Palace of Westminster.

Why has she never been honoured by her own party or recognised by leaders in her own country? We hear year after year of the political knighthoods and damehoods dispensed like confectionary – an honours system which seems to have lost all dignity and credibility. Some are, quite literally, sweeteners as compensation for chronic failure – Sir Nick Harvey? Some are more deserved, like Dame Margaret Beckett or Sir Richard Shepherd. And perhaps we might even entertain Dame Angela Watkinson, or Cherie Blair CBE, Michael Cashman CBE, Annette Brooke OBE, Christopher Fraser OBE and George Kynoch OBE.

As you’re scratching your head wondering who some of these politicians are, you might consider that Ann Widdecombe doesn’t even have a lowly MBE to her name. She isn’t even deemed worthy of political parity with Caroline Pidgeon MBE, an obscure Liberal Democrat member of the London Assembly.

The problem, of course, is that Ms Widdecombe doesn’t quite suit the image of the modern Conservative Party. She may be chicly anti-hunting-with-hounds, but she holds some quite strong conservative views and has a tendency to express them forcefully – you know, with conviction. Those views include opposition to abortion, unwavering respect for the sanctity of human life, and rather trenchant views on gay marriage.

She’s not glamorous or photogenic either, like Louise Mensch. And neither is she petite or retiring, like Chloe Smith. She was famously cast as ‘Doris Karloff’ for her severe looks and terse manner; more Miss Trunchball than Meryl Streep. Physically and spiritually, Ann Widdecombe is incongruous with Cameron’s detoxified brand of Conservative metropolitanism, and out of tune with the moral relativism now so much in vogue with the Tory modernisers.

To much of the media, she is simply a weird crank: a socially-conservative fundamentalist Christian; a rude eccentric who is unacceptably out-of-touch with modernity. There’s no longer room for such people in public life. To some in the Conservative Party she will never be forgiven for coining (quite rightly) the ‘something of the night’ epithet about Michael Howard. Such disloyalty is hard for the Conservative Party to forgive: elephants have nothing on the collective memory of CCO/CCHQ, even if you’ve spent 40 years working for the cause – from local councillor to minister of state.

But here’s a bizarre thing. David Cameron sent a letter to Cardinal Cormac Murphy O’Connor to be read out at this week’s ceremony. And the Prime Minister was positively effusive about Ann Widdecombe’s commitment to public service, making it known that he thought the papal honour to be ‘richly deserved, recognising the tremendous contribution (she has) made to the public life in our country over so many years’. He lavished praise and appreciation for ‘all (her) achievements over the past decades’.

So there’s a glimmer of a possibility that Dame Ann might yet become Baroness Widdecombe? A hope that she might go on enriching public life, speaking out with integrity on behalf of those Conservatives who feel somewhat ignored, unloved and alienated under the current regime. God knows, the House of Lords needs peers with her dedication, compassion, zeal and Christian conviction – if only to remind one or two bishops of their raison d’être.

What about it, Prime Minister?