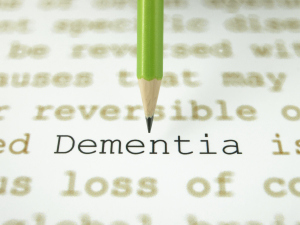 I saw my dear uncle recently – the only one I’ve got left.

Born in 1929, a former manager for Midland Bank (and no fan of HSBC), he proudly told me (again) about the letter he’d received from his excellent MP, Sir Richard Shepherd, congratulating him and my aunt on their diamond wedding anniversary (a family first).

He then perfectly recounted (again) the year-and-a-half he’d spent as a teenager with the RAF, one of the last of his generation to be conscripted into National Service.

Over a mug of instant coffee he enquired if I’d enjoyed my time in New Zealand, and asked me how long the flight had been. And he mentioned the chat he’d had that morning with my aunt (his elder sister; my godmother), though he was a bit hazy on the detail.

The thing is, I’d only driven up from London for this visit, and I’ve never been to New Zealand. And his elder sister died some ten years ago. I revealed this news to him very slowly, in case the sum and substance collided with his contented world. He looked down at his coffee, and then back up. “It’s a bit difficult to keep track of these things,” he smiled.

You don’t need to be proficient in clinical skills assessment or be fully registered with the GMC to determine that my uncle is in the early stages of dementia. But his doctor won’t send him to the Memory Clinic, and nothing has been formally diagnosed. I asked a GP friend of mine why this might be, especially given the £55 bonus doctors now get for early diagnosis.

“I imagine your uncle’s GP has done nothing because (like many of us) he feels nothing will help,” he told me. “The Memory Clinic confirms the diagnosis and might offer pills, but I have yet to meet a patient where the pills really made a difference. My partners feel the same. They just don’t work.”

Apparently, some GPs never tell their patients that they have dementia because those who suspect they might more often than not usually tell their GP. The subtle changes in day-to-day behaviour, mental processing power and short-term memory in the early stages of the condition are usually recognised by the sufferer, or, failing that, certainly by their nearest and dearest.

We are born with such vast spare capacity in our brain cells that by the time we show signs of dottiness we’ve lost most of them to a degenerative process that started perhaps 20 or more years ago.

Despite Jeremy Hunt’s £55 incentive and George Osborne’s recent £15m research injection (which is very welcome, taking annual spending to £66m this year), any forthcoming dementia epidemic (according to the Alzheimer’s Society, there will be a million cases by 2025, and two million by 2051) is actually unstoppable.

The smartest move in public health would be to encourage the sort of lifestyle that might prevent (or at least delay) the degeneration from starting in the first place. Surprisingly, a significant number of apparently cash-strapped GPs are vociferously against the idea of a £55 inducement to diagnose, and aren’t remotely inclined to sign up to the initiative.

The Commons Science and Technology Committee has called on the UK National Screening Committee (which assesses the effectiveness of NHS screening programmes) to review the GP-led Health Check, where the worried-well are invited for a check-up to assess their risk of an imminent heart attack or stroke, and are given appropriate advice.

The problem is that the most at risk who have the most to gain from the programme – the chain-smoking, obese and boozy types – typically stay in the pub to avoid a ticking-off from those pesky do-gooder doctors and nosey nurses.

The National Screening Committee have admitted that there’s currently no proven evidence-base that the GP Health Check for dementia will actually prove value for money (and also accept that there’s historical data that it won’t), but they are so convinced this time round it’ll be a life-saver that they’re pressing ahead with it in the hope that it will prove its worth at some point in the future.

You’ve got to admire their optimism, but is it really wise in these difficult times of austerity for Primary Care to expend precious time and resources on a hunch?

Health screening is a complicated matter. It is quite easy to embark enthusiastically on a ‘seems-like-a-good-idea’ project only to end up doing more harm than good. The law of unintended consequences operates powerfully in the medical world, and there is universal acceptance of what factors should apply before screening is considered worthwhile: it is called ‘Wilson’s criteria for screening tests’.

Sadly, these are sometimes overlooked by politicians eager to introduce a shiny new voter-pleasing health service.

Dementia is an utterly miserable illness – for both the afflicted and their profoundly affected families and friends. If I discovered I was developing it, I would certainly begin to put my affairs in order and get cracking on the Bucket List. Happily (if that’s the word), with dementia, there’s usually plenty of time to do that before the mental fog gets too thick to permit brain function.

Would I, I wonder, be grateful to my GP for detecting my impending dementia a year or two before I’d realised it myself? Personally, I wouldn’t. Blissful ignorance isn’t such a bad thing in this instance, I feel, even though there is apparently an economic argument that early diagnosis might save money.

I can understand the dismay that might be expressed to those who conclude that there’s no point diagnosing dementia because there’s not much you can do. GPs generally seem to be nihilistically fatalistic about it, but I guess you could argue it either way. Some prefer to live their final years in blissful ignorance; others find solace in the confirmation.

But nursing homes are packed with people like my uncle who don’t formally have the ‘dementia’ label in their notes – probably because it was so blindingly obvious it hardly needed stating and wouldn’t make a difference anyway. Few, after all, would agree to be incarcerated in such places unless they had lost the power to protest.

I live in South Bucks, which is way behind in the league tables in diagnosis, and the Clinical Commissioning Group has just announced plans to spend £50k employing someone to tour all the nursing homes to formally diagnose the demented. To what purposeful end? For what benefit?

What about those lucky souls who are at risk of dementia but don’t actually develop it? They are to be summoned to the surgery annually to be tested and inspected, only to be told: “Good news! You don’t have dementia… yet. See you next year!”

Surely such callous action would convince many that dementia was not only inevitable but impending? How do we quantify the years of worrisome suffering and add it into the calculation of screening benefits?

If a major tenet of the Hippocratic Oath is “First, do no harm”, I can see why dementia screening is unpopular with many doctors, despite the offer of £55 cash-in-hand. Personally, I’m so persuaded against the idea that I was going to write to Health Secretary.

But I can’t remember his name.