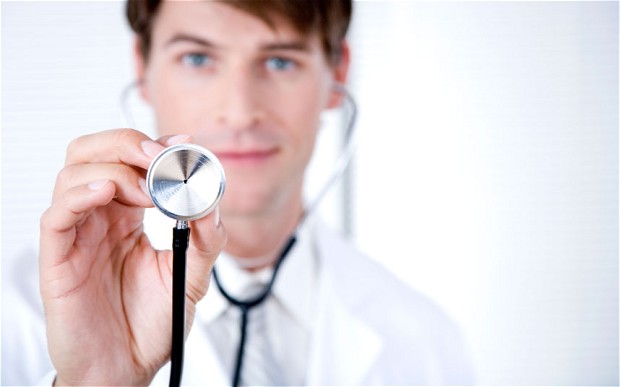 Question: “What is the Government doing to ensure there will be enough GPs in the future?”

It’s not really an adequate response, is it? But that essentially is what Earl Howe, Parliamentary Under-Secretary of State in the Department of Health, told the Bishop of Norwich last week in response to a parliamentary question. The Bishop was concerned about “the age profile of current practising GPs, their increasing role as commissioners, and the impact of the introduction of revalidation for all doctors”. The Minister played a straight bat, explaining that the Government has “set up Health Education England (HEE) to deliver a better health and healthcare workforce for England”.

He then went on to explain how it is that body which now has responsibility “for ensuring a secure workforce supply for the future balancing need against demand”. So ministers are conveniently off the hook.

It would have been helpful to have heard some actual figures of how many GPs there are now (in terms of full-time-equivalents; not just a head-count); how many the Department of Health (DoH) think they need; the trend over the last five years (up or down); and what, in practical terms, is going to be done. Because there is a very real looming manpower crisis in GP surgeries, and passing the buck to a quango or deflecting concerned clerics isn’t going to solve it.

When medical students qualify they are free to choose whether to follow the hospital specialist training path or vocational training for General Practice. That choice is significantly influenced by their perception of how attractive life in GP-land is. And the current trend is very much toward hospital practice, which is odd when you consider the pervasive Daily Mail narrative that GPs are all paid a quarter of a million quid a year and spend half their week on the golf course.

The fortunes of GPs (compared to hospital practice) seems to go in 10-15-year cycles depending on government policy regarding working conditions and remuneration. GP-land is unpopular at the moment because of steadily declining incomes (11 per cent since 2008), longer working days and extended weeks to meet politically-manipulated targets (which are set more often to garner votes than save lives). There are several practices around where I live in leafy Bucks where partners take home less than locums and yet bear all the responsibility for running the show. Why should they bother?

“We believe GP expenses have been woefully ignored over the years,” said Dr Chaand Nagpaul, Chairman of the BMA’s GP Committee. “You cannot look at GP pay awards in crude uplift terms, they have to reflect the expenses which have significantly increased. That is one of the reasons why over the years we have seen GP income drop. That is why GPs are the only NHS doctors who have had a real-terms pay cut.”

Over the years there has been a steady shift of work out of hospital and into primary care: local surgeries have become the seemingly bottomless bin into which the workload is thrown. “Get the GP to do it,” say ministers. But they never seem to provide the extra resources necessary with which to do it, and there’s an awful lot of “it” to do – which simply distracts from their dealing with cases of cancer, dementia and diabetes. If things continue like this, some GP practices will go bust. It’s hard to believe, I know, but just you wait and see. The BMA has identified at least 98 threatened practices, including some that provide vital services to thousands of rural patients.

It is, by the way, impossible for GPs to work twice as hard and earn double the money. They can only hit the targets set by government and collect the points/pounds offered. A patient can only be registered with one GP, who claims the one fee for their care. A GP can only give one flu jab to each patient each year. They can’t take two smear tests from each woman. You get the idea.

The problem is that we seem to want GPs to be both Mother Teresa and Lord Sugar. GPs are (and always have been) self-employed contractors to the NHS. It suited them as they were able to be autonomous and entrepreneurial. It suits the DoH because they don’t have to worry about the day-to-day management of each surgery, from hiring and firing to fixing the roof, not to mention health and safety, holiday cover, etc., etc. It would take a vast army of NHS administrators, managers and accountants to carry out all this bureaucracy. And, importantly, the Working Time Directive doesn’t apply to GPs as it does to hospital doctors, which is very convenient when the Secretary of State wants to keep piling on the workload.

So, not surprisingly, an inadequate proportion of new medical graduates is entering GP training. And that training is about to be extended from three years to four, effectively losing a whole year’s intake. (They will still be there, but in training and therefore not doing the productive hours of a fully-qualified GP.)

It’s true that older GPs have a nice public-sector pension: not the final-salary one that everyone else receives, but a much fairer career-average-earnings one. The experienced old lags get a full pension at 60 and usually retire at that point. If work becomes uncomfortable or onerous, they can retire early with an actuarially-reduced pension, which is still very acceptable for some. But the deal for new GP recruits is far less favourable.

The reduction in the pension LTA (lifetime allowance, or “pot”) from £1.5m to £1.25m in April 2014 means that some GPs will be forced to withdraw from the NHS pension scheme or face a 55 per cent tax on the over-achieved bit. So if one’s pension pot is maxed-out, there’s even less incentive to stay till 60 and so even more will drop out early. And part-time working is almost the norm now, especially for female graduates, so the actual number of GPs means very little: it is full-time equivalents that need to be counted. Yet while the GP workload soars, this actual number of full-time equivalents falls. And so an entirely predictable crisis looms, which the Lord Bishop of Norwich recognises, and the Earl Howe assures us that HEE is working on.

But running GP-land is like steering a supertanker: it takes a very long time to turn around. First you need to make the workplace/remuneration attractive, then new graduates need to discover it, and then they need years of training. It may be politically unpalatable, in the current climate of austerity and cuts, to be generous to GPs, but there is another way. The DoH could be even more horrid to hospital doctors to make GP-land look comparatively favourable. But then they’ll all just pack up and swan off to Europe/Oz/Canada, as happened in the 1960s.

According to the Centre for Workforce Intelligence (CfWI), 10,000 more GPs are needed over the next 15 years to staff seven-day working (12,800 extra full-time-equivalents). In some parts of the country, there is just one GP serving in excess of 8,000 patients (the accepted norm is 6,000 per practice). Last month’s edition of The Pulse (a GP trade rag) reported: “The crisis has become so great in north-east Essex that NHS England managers have had to step in to ‘immediately address’ the situation and support practices.” I guess the Government could let such practices collapse and sell the wreckage to Richard Branson to harvest the good bits. Virgin Medicare can then try to find cheaper imported doctors who will work by the hour, and customers will get the added bonus of being able to see a different one each week (where they don’t already).

Healing is a pastoral as well as a scientific vocation: the greatest joy of a GP’s life is getting to know their patients over 10, 20 or 30 years. The best are able to tell instantly how sick you are just by looking in your eyes; by the look on your face or the colour of your skin. They can tell if there’s a need to worry as soon as you walk through the door. And the trust that develops with your favourite GP can be enormously therapeutic in itself. It all sounds terribly old-fashioned, I know. But I promise you they’ll be very much missed when they’re gone.