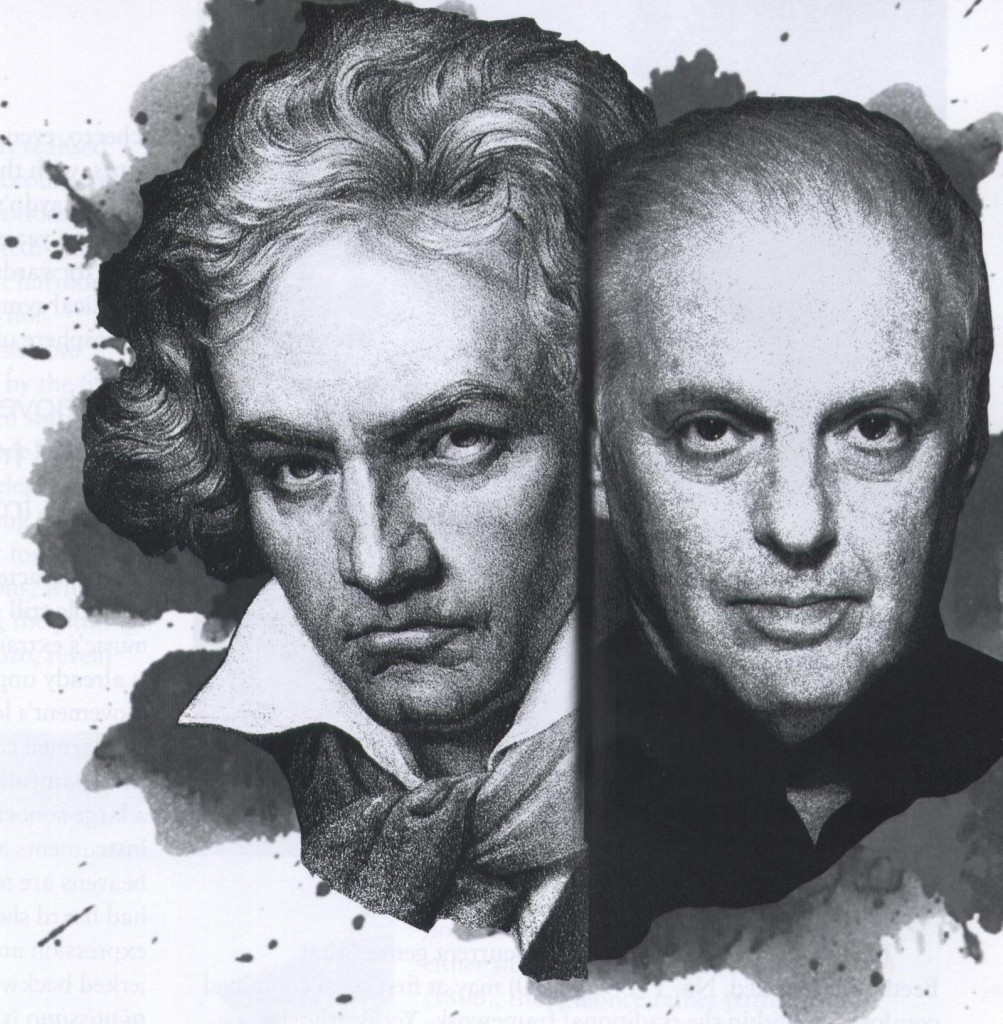 “By assiduous labour you shall receive Mozart’s spirit from Haydn’s hands,” mused Count Ferdinand Waldstein, as he packed the young Ludwig van Beethoven off to Vienna to fulfil his dreams. Little could Bonn’s great patron of the arts have known that Beethoven’s own hands would surpass those of Haydn, his tutor, or that his spirit would soar above that of Mozart, his inspiration and muse.

This evening marked the culmination of Daniel Barenboim’s complete Beethoven symphony cycle at the Proms – the first by a single maestro since Henry Wood conducted them in 1942. I have either watched them on TV or listened on Radio 3, and it has been a mesmeric, occasionally revelatory cycle.

For the glorious Ninth, I was seated a mere 30ft from the conductor’s podium, and I have no hesitation at all in crowning Barenboim the world’s greatest living interpreter of Beethoven’s symphonies, if not the world’s greatest living musician. Yes, there’s Abbado, Muti and Haitink; dramatic, emotional, physical and visionary. But, like Beethoven to Haydn, Barenboim surpasses them all, forever paying homage to the nuances of Furtwängler and the subtleties of Klemperer. Standing before his orchestra with no score before him, he knows every ascending 7th; every crotchet, quaver, tutti and triad: they are programmed into his brain. It is as if he were channelling the spirit of Beethoven himself.

The ‘Choral’ Symphony is an Olympian opus, which was apt scheduling to coincide with the opening night of the London 2012 Games of the 30th Olympiad. It gestated in Beethoven’s mind and sketchbooks for some 12 years, drawing on a theme he had explored some 16 years earlier in the (much-underrated) Choral Fantasy. It begins with a burden, weighed beneath emotional oppression akin to the prisoner’s chorus from Fidelio. Yet by the end we have transcended all darkness; touching the edge of exalted heights of the Missa Solemnis. By choosing to set to music Schiller’s Masonic hymn Ode and die Freude – a plea for human unity in a spirit of liberty, equality and fraternity – we have insight into Beethoven’s religio-philosophy towards the end of his life: God is most assuredly in His heaven, somewhere above the canopy of the stars, but Kant’s numinal reality and Hegel’s social consciousness are a hell of a lot nearer.

The opening Allegro is dark and turbulent: Barenboim jabs and thrusts his baton like a man possessed. In the rough and manic Scherzo, he hooks and threatens with it; in the celestial Adagio, his baton glides serenely through the air, sometimes pausing meditatively for what feels like an eternity, transporting us to a mystical plane. I have never seen a man conduct with so much stillness: sometimes he just stood there, even leaning back on the podium rail, baton motionless; controlling the violins with his left eyebrow, the oboes with a roll of an eyeball, and the horns with a curl of his top lip. So subtle was his direction that it was impossible to tell if he was flicking sweat off his brow or signalling a fouette. The West-Eastern Divan Orchestra is auricular heaven: the woodwind is clear as crystal; the strings lush and vibrant; the brass mellow and rich; and the percussion pulses at the heart. It is true orchestral union: Schiller’s human fraternity incarnate in Arab-Israeli concord.

But it is the fourth movement which crowns this symphony – often referred to as a symphony within a symphony. After quoting rather chaotically and then abruptly rejecting the themes of each preceding movement, I literally held my breath as the basses and cellos gradually restored order, whispering the main theme at an almost-inaudible distance. To have exhaled would have been an intrusion: it was as if the Spirit of God were moving upon the face of the waters. As the light of the violas dawned upon the violins, harmony permeated: all darkness was dispelled as the hymn cascaded into a magnificent choral crescendo, on through the militaristic Alla marcia of ‘Froh, wie seine Sonnen fliegen’, and inexorably to the expansive coda of the exhortation to global brotherhood.

The orchestra was joined by Anna Samuil (soprano), Waltraud Meier (mezzo-soprano), Michael König (tenor, standing in at very short notice for Peter Seiffert), René Pape (bass) and the National Youth Choir of Great Britain. Someone made the absurd staging decision to place the soloists behind the orchestra, and so some of their voices were lost in the great cauldron that is the Royal Albert Hall. With the exception of Pape, who exclaimed ‘O Freunde, nicht diese Töne!’ with precision and presence, the soloists were disappointingly weak and discursive.

As for the choir, well, the prefix ‘National Youth’ is so often an apologetic warning of amateur inexperience. But not so here: they were vibrant, disciplined and alert. A frisson of excitement spread throughout the entire Hall when they all shot to their feet in the space of semi-quaver. Their performance was energised, at times utterly exhilarating and wonderfully alive to Beethoven’s song and Schiller’s explosive spirit of joy.

This Ninth was a deeply philosophical performance; of inspired spirituality communing with the Divine to distinguish between dark and light, pain and ecstasy, ugliness and beauty. ‘Götterfunken’ was the word left ringing in our ears as the applause resounded throughout the auditorium. It was a ‘spark of the gods’ indeed as Barenboim entered and re-entered four times to applause that lasted almost as long as the Molto vivace. It was a worthy ovation to greatness, to true genius.

I did wonder why the Maestro was reluctant to enter for a fifth time as the ovation passed the 10-minute mark. But later I caught his appearance at the opening ceremony for London 2012, carrying the Olympic flag alongside other humanitarians who devote their lives to the pursuit of peace and justice. But Barenboim was torso, head and shoulders above the other flag-bearers. The Olympic Games might bind humankind together in fulfilment of Schiller’s vision, but it is only music which can call us to the Shrine, embracing the world’s millions in wonder, love and peace.