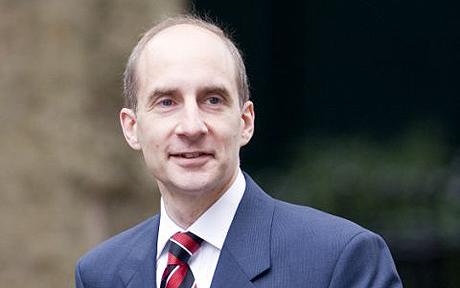 The name of Adonis will go down in the history of education in England as one of the most reforming and far-reaching ever – right up there with Forster, Balfour, Butler and Boyle; names which have become synonymous over the years with their respective legislative acts. This achievement is all the more astonishing since Andrew Adonis was only an advisor, then head of policy, and then a minister: he was never Secretary of State, and yet his name eclipses dozens of those who have carried that brief.

While Tony Blair and Gordon Brown steadily gnawed their way through six education secretaries who issued 14 separate acts of parliament, along with a seemingly endless stream of white papers, green papers and flowery reports, Adonis was quietly beavering away in the background to forge the academies programme – a new breed of quasi-independent state schools, designed to replace the failing, mediocre, inadequate ‘bog standard’ comprehensives, with the sole objective of raising student attainment in areas of high social deprivation.

This was and is his quest. He takes the title of his book from New Labour’s three original political priorities: ‘Education, Education, Education’. But while Blair got distracted – as prime ministers tend to – Adonis focused relentlessly on his brief. And he writes the way he reformed: it is no-nonsense prose; direct, passionate and compelling. Beginning with an honest account of his own childhood experiences in a care home, mentored and disciplined by dedicated teachers, inspired by Christian values, and eventually set on a political career via Oxford.

It is insightful in what it discloses about the ‘Sir Humphrey’ obfuscation and evident political frustration in trying to change anything in government. Adonis talks about having to steer Whitehall to be supportive of every innovation. He is forever ‘sorting the red tape’ and dealing with departmental ‘blockages’ because the civil service tends to ‘put you in a cocoon’. The vision thing was easy; implementation evidently draining. 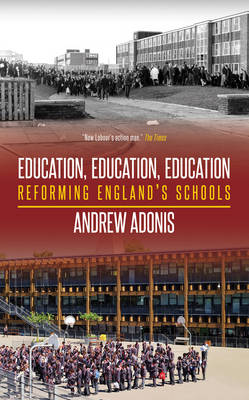 And his vision was the widening of educational opportunities for the most disadvantaged, thereby improving the global standing of education in England. This was to be achieved by liberation from local authority control, with the active involvement of private sponsors whose generous injections of cash would improve social mobility for the common good of society and thereby boost the economy.

The particular joy of this book is that it doesn’t merely recount the history: it pre-empts Labour’s 2015 education manifesto (doubtless to the irritation of Stephen Twigg). Adonis calls for greater school independence and more freedoms, including higher salaries to reward the best teachers. He wants to raise the profile of the profession; encourage a longer school day (and shorter holidays); and he champions a new A-level Baccalaureate complemented with a Technical Baccalaureate.

As someone who helped introduce the International Baccalaureate into a school and taught it for many years, I’m delighted that Adonis trumpets this qualification, not least because it is global in its academic outlook and immune from political interference and ‘grade inflation’. And having been involved in teacher training at Oxford, I can vouch first-hand that universities love its ‘Theory of Knowledge’ foundation to academic inquiry: it ought to be the philosophical cornerstone of curriculum reforms ahead.

Adonis also advocates the spreading of the academy ethos to pupil referral units and other specialist schools in order to address the problems of exclusion and poor attainment. He believes that independent schools should collaborate and work with the state sector in order to spread their ethos of excellence (which some already do); and that all universities should become intimately involved in the governance of academies and free schools (which a few already do), in order to bring a much-needed injection of professionalism into the amateurish weakness of many governing bodies. The templates and exemplars exist: it is simply a case of quadrupling the efforts to devolve and deregulate.

All of this is to be driven not by politicians – either in the LEA or at the DfE – but by headteachers working with governors, sponsors and parents. There have been and will be hurdles, mistakes and failures, which are inevitable in any major reform. But the current high-profile ‘tensions’ are somewhat glossed over in this book, perhaps because – and here I would agree – they do not merit disproportionate comment in the context of what is fast becoming a national success story.

There’s some gratuitous Thatcher bashing (‘the idea that “there is no such thing as society” was obviously mad and dangerous’ – which Adonis clumsily detaches from its context), but these partisan swipes are very few and far between. He mostly embraces his political opponents, even including a sentence of praise for UKIP! He warmly hugs Michael Gove for continuing the academies programme, and finds it ‘fitting’ that his friend Sir Michael Wilshaw was appointed Chief Inspector of Schools by the Conservative/LibDem coalition: the direction of reform is being maintained.

Adonis is of the view that education is ‘too important to be subject to narrow political tribalism’. He is that rare combination of radical politician and intellectual philosopher – a fusion of mutual exclusives which Plato considered impossible to combine: while the former is inevitably distracted by the populist cause and rarely achieves anything in public life, the latter is free to contemplate and legislate for the common good. This perhaps explains why Adonis was appointed to the House of Lords rather than elected to the House of Commons: it leaves him free to think deeply and write books like this.

He might not thank me for saying, but Lord Adonis is living proof of the need for unelected expertise and undistracted experience in the legislature. Though why Ed Miliband has shunted him into Transport is a mystery.