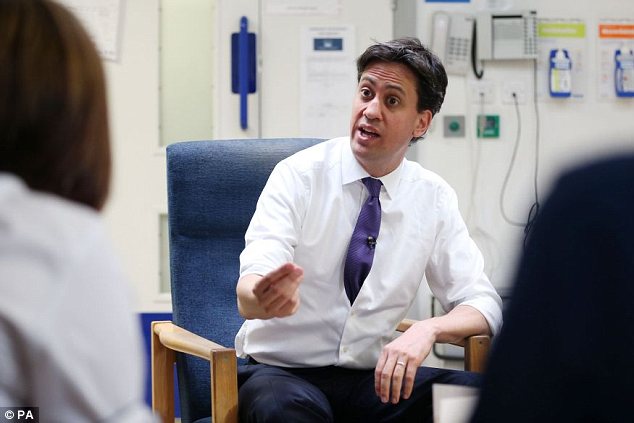 “This week I set out new plans to improve services for patients, guaranteeing a same day GP appointment for anyone who needs one and within 48 hours or anyone who wants one. This will save hundreds of millions within the NHS by taking the pressure off hospital services and help ensure it there for the next generation as it was for ours.”

So writes Ed Miliband on this site during a local and European election campaign, when Primary Health Care has nothing to do with either, except, perhaps, the Working Time Directive, which MEPs are powerless to change. Unfortunately, Miliband makes the same silly mistakes as all the other politicians who prefer sound-bites to evidence-based policy and refuse to learn from the mistakes of their predecessors.

The fundamental problem regarding patient access to Primary Care is a gross misunderstanding of the basics by politicians and civil servants. They believe that the population is divided into two distinct groups – those who are ill and need to see a doctor, and those who are well and don’t. But that’s simply not true – there’s a whole spectrum of need out there ranging from the ‘very sick’ who need to be admitted to hospital asap, through the ‘proper poorly’ who need to see a doctor right away today, to the ‘been mildly out-of-sorts for a fortnight’ who would benefit from seeing someone before the end of the week. Then there’s the ‘perfectly well but have been wondering about that funny mole for months’, and the ‘nothing wrong with me at all but desperately want to know what the chances are of my inheriting the illness Aunty Flo died of last year’.

The NHS offers completely free (“at the point of need”) access to good quality medical advice from your GP. Why wouldn’t anyone with an hour to spare drop by for a chat? Because they can’t get an appointment, that’s why. You see, the politically unpalatable truth is that there has to be a modest hurdle preventing access to GP appointments, otherwise they’ll all be booked up by 9.30 on a Monday morning. The reason you can’t get an appointment today isn’t because your GP has crept off early to play a round of golf – it’s because some other pesky patient with a much less urgent problem got there first.

Offering everyone a guaranteed appointment within 48 hours is as about as workable as promising everyone a free taxi journey home on New Year’s Eve. There are only so many taxis on the road, and, plainly, everyone can’t have one. In fact, the only way everyone could have one is if the state recruited and trained millions of taxi drivers, subsidised millions of taxis and then expanded the roads for one night to deal with the demand. Ed Miliband’s promise can only be realised if… well, actually, I’m not sure it can. It is an utterly vapid, futile promise. So ridiculous, in fact, that it makes Labour look foolish and Miliband sound clueless.

Like the ever-burgeoning M25, which I read is likely to be expanded to 14 lanes to cope with the traffic heading for Heathrow’s third terminal, it is axiomatic that usage expands with facility and provision. Improving access to GPs will simply increase demand, and, with the already-stretched resources of Primary Care, the ‘proper poorly’ will invariably lose out to the ‘worried well’.

Instead of promising 48-hour appointments for all, it really is time to consider a modest hurdle to the use or abuse of this service.