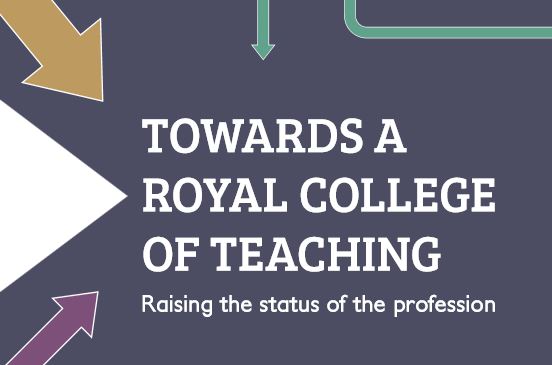 Teaching is a hard job – a very hard job. In the never-ending quest to increase GDP and propagate the nation’s culture, teachers swim in a very deep ocean every day; sometimes drowning. The commentators and critics who carp from the shore have absolutely no idea what it’s like to face a class of 27 agitated minds and fidgety bodies at 8.30 in a morning and still be marking at midnight (or having to get up at 5am the next day to finish the job). They can have absolutely no idea how tough and taxing it is to have to hold an adolescent crowd’s attention for hours on end, day after day, month after month, trying to devise new strategies for engaging and inspiring them through concentric circles of enlightenment.

The teaching profession is much maligned. Even when teachers are publicly lauded by senior politicians, they feel belittled and devalued: staffroom gloom seems to be inversely proportional to political approbation. The knighthoods and damehoods invariably go to headteachers and academics; the lowly operatives in the classroom (who have no desire to climb the greasy pole to the SLT) have to make do with a passing mention in dispatches after GCSE results are published, or perhaps the very occasional MBE.

I was asked last year by The Prince’s Teaching Institute to contribute my thoughts on their proposal to establish a Royal College of Teaching, in order to help raise the profession to the status and standing enjoyed by so many others. The moment I agreed, I noted a report in The Times which suggested that the NUT had objected to this being a “Royal” college, presumably so as not to alienate their more zealous republican members. I was assured that this was not the case, but I note that this project is now being referred to simply as a potential “College of Teaching”, or (more inelegantly) a “Member-Driven College of Teaching”. I await the formal launch of the blueprint next month to see how much of my submission made the final cut.

In a sense, it’s all academic unless the institution will help to improve educational standards and enhance learning culture. I firmly believe it will, not least by establishing a member-owned professional body which will devise codes of conduct, propagate best practice and uphold rigorous standards. And, unlike the GTC, it must have teeth and be prepared to bite. A professional body which purports to set and uphold standards of performance must occasionally act in a quasi-judicial fashion and (in extremis) expel members who bring the profession into disrepute. Any teachers dismissed for incompetence or gross professional misconduct ought to forfeit their association with the College, and that means any right to append letters after their names.

Royal charters are still sought by (and granted to) institutions considered to be in the public interest – typically the learned professional societies. Since the cultivation of state education is manifestly for the public good, a Royal College of Teaching ought to have been established long ago. The eminence of the College would be manifestly enhanced by the ‘Royal’ prefix: indeed, it renders the conferred post-nominal titles (Associate [ARCT], Member [MRCT], Fellow [FRCT]) more prestigious, and so likely to be more highly sought.

To be an Associate of the RCT would (for a nominal fee) assure parents of competence in the classroom; that the teacher has been observed, assessed and deemed skilful and knowledgeable. To be a Member would be evidence of training and formal qualifications. To be a Fellow would be highly-sought, perhaps requiring Masters-level study as evidence of reflexivity; of keeping in touch with the latest research; and of leadership in the professional development of others.

It seems to me that such a body would satisfy the political demand for teachers to be ‘qualified’, while permitting some incremental flexibility in what that qualification consists of.

I don’t favour mandatory membership or coercion: it would be the task of the College to persuade teachers to join – i.e. of the merits of affiliation and the prestige of Association, Membership and Fellowship. That’s partly why ‘Royal’ is an imperative. More importantly, it is the principal guarantor of political impartiality: Royal patronage is not merely a symbol of ideological neutrality; it is a foundational and constitutional prerequisite. For the NUT or any teaching union to apply pressure to get this dropped risks jeopardising the project from the outset.

The Royal College of Teaching must be free of “political ideology”, and I use the term in the vernacular sense of left-right polarisation, especially in policy. Academic educational research and the teaching profession are well-known for possessing a centre-left bias, endemic to the social sciences generally, which some politicians view as an “establishment” to be countered (“the Blob”). Against such a mindset, the individual is hard-pressed to take any initiative and schools have been reluctant to innovate: there has been almost no intellectual recognition of the role that ideas or individuals play in the development of educational culture. This is a moral-political and socio-cultural issue.

The College must avoid becoming (or being perceived as being) a sizeable bloc to challenge whatever government “ideology” that teachers and/or teaching unions may oppose. It should be motivated by a deep sense of moral and intellectual purpose, which necessitates a statement of its values and convictions. Perhaps being charged primarily with researching, identifying, debating and defining best practice would set a “gold standard” outside the academic bubble of the universities.

The Royal College of Teaching will set standards and promote excellence in education. It should inform and enhance the work of Ofsted, since they have a shared mission to improve the education of children and young people. It should be committed to improving the understanding of what goes on in schools by engaging in the interaction between education and the wider socio-cultural context. It should be at the forefront of setting and achieving the highest standards through education, training and research. It should promote research and publish the results in respected education journals. The College should also actively promote teaching as a career, providing support to its Associates, Members and Fellows. There would be a vital role in representing the expertise of the education profession to governments and other agencies.

In the raising of educational standards and boosting the morale of teachers, post-nominal letters only go so far. But what lies behind them might just help to reassure, motivate and inspire a profession that is heartily sick of the perception of impotence and allegations of ineptitude. I’m certain the time is right to establish a Royal College of Teaching. And for those republican-inclined NUT members who would rather drop the ‘Royal’ bit, I’m sure even you can see why it’s preferable to be FRCT than FCT.