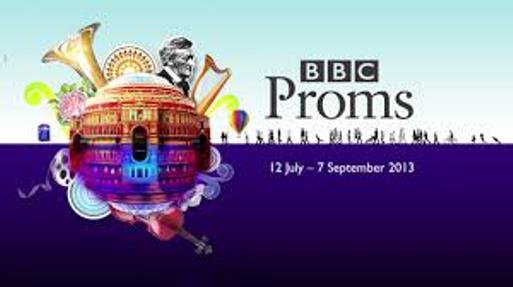 There are some undoubted highlights this season, which marks the 200th anniversary of the births of Wagner and Verdi (1813 was a vintage year). 2013 is also the centenary of the birth of Benjamin Britten and the 50th anniversary of the creation of Dr Who (sorry to mention that in the same paragraph, but this column is very broadly about ‘culture’ and there’s bound to be a few ConHomies who prefer Time Lords and Daleks to latent Risorgimento and synthesised Gesamtkunstwerk).

So, we get Daniel Barenboim – arguably the world’s greatest living musician – conducting the first ever complete performance of the Ring cycle in a single Proms festival. This will be epic, colossal, gargantuan and every other adjective expressive of vast hugeness. It is a tale of gods and curses; heroes and death; myth and damnation, spanning about 15 hours (over unequal nights: Götterdämmerung usually last about five hours, so get a bottle of Pinot Noir; not just a glass).

It’s unfortunate that these two births clashed, because somebody important made the decision to dedicate seven whole nights to Wagnerian opera and just two to random snippets of Verdi, who doesn’t even get a performance of his whole Requiem. Instead we get an edited highlight – the ‘Libera Me’ – in ‘Viva Verdi’ on 20th July; and an ominous opera ‘pop’ mash-up on 5th September. This is a shame, but obviously time is finite and something had to give: I just wish it could have been about 10 of the trendy new commissions (of which there are 14 this season; and what’s an ‘Urban Classic Prom’?).

The First Night on 12th July will be a particular treat, featuring the brilliance of the sinewy Stephen Hough. He blogged on this a few days ago: “I’m preparing these days to play Rachmaninov’s Rhapsody of a Theme of Paganini at the First Night of the Proms and realized that it will be the third time I’ve played this piece at the Proms over the years, and I’ve played it on countless other occasions. Will I ever open the score and discover that I’m no longer excited by this masterpiece? How do we keep pieces fresh when we’ve played them hundreds of times?”

This is charming paranoia: when Stephen Hough sits at a Steinway, the stardust reaches up to heaven. The second half of this evening consists of Vaughan Williams’ Sea Symphony, in which Hough is joined by soprano Sally Matthews, baritone Roderick Williams and the 300-voice Proms Youth Choir. With Britten’s ‘Four Sea Interludes’ from Peter Grimes, the First Night will provide an impressive surge of renewable wave-energy.

Tchaikovsky gets more of a look-in that Verdi for some reason (celebrating the 120th anniversary of his death?). We get all six of his numbered symphonies plus his fiendishly difficult violin concerto, along with Eugene Onegin, Fantasy-Overture Romeo and Juliet and Manfred. And on 11th August there’s the first ever free main-evening Prom with Beethoven’s Symphony No. 9, a work commissioned in 1822 by the Philharmonic Society of London (which also celebrates its bicentennial year). I was fortunate to be present in the Royal Albert Hall last year to experience Barenboim’s rendition of the ‘Choral’, in which he seemed to channel the spirit of the Master himself. No Proms season is complete without this sublime invocation of freedom.

Speaking of revival, Mahler’s soaring Symphony No. 2 ‘Resurrection’ (9th August) is always good for a dose of transcendence, and at 10.00pm on that same evening we have Sir John Eliot Gardiner conducting Bach’s ‘Easter’ and ‘Ascension’ oratorios in all their trumpeting glory. This will be auricular heaven with a Lutheran glimpse of the afterlife.

And I’m genuinely intrigued by some very obscure piano concerti (Arnold’s Concerto for two pianos; Glazunov’s Piano Concerto No. 2; and Stravinsky’s Concerto for piano and wind instruments). That’s what I love about the Proms: they expand musical horizons. And we have the Tallis Scholars (celebrating their 40th anniversary) on 14th August with an evening dedicated to the agonies and ecstasies of Taverner (not Tavener) and Gesualdo. These nuggets can easily be overlooked or completely lost beneath the Dr Who marketing mania.

Nigel Kennedy makes a welcome return to the Proms, appearing for the first time at the Last Night (7th September) as well featuring in a Late Night performance of Vivaldi’s The Four Seasons (8th August). In this age of equality (to which the BBC is ever sensitive), Marin Alsop makes Proms history as the first woman to conduct the Last Night.

I know some will prefer to focus on the extravagant cost of all this in a time of austerity, or obsess in the comment thread about abolishing the BBC licence fee and subjecting art to market forces. We are told in the brochure: “The Proms is entirely run and funded by the BBC through the licence fee. The total cost of the Proms season, including hire of the Royal Albert Hall, artistic costs, management and extra events, not including Proms in the Park, is around £9 million with an expected £4 million generated through box-office income.”

But it’s worth bearing in mind that Promming tickets in 2013 are £5 each for the 8th year running. For the second time, seats are half-price for under-18s for all concerts (except the Last Night, which is something of a lottery – literally). And the concerts will be broadcast on more BBC platforms than ever, with more television broadcasts than ever. All this is true to the democratic spirit of the visionary Henry Wood: to liberate classical music from the elite and bring it to the people.