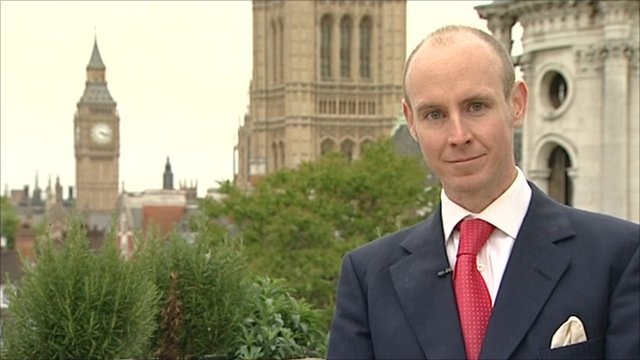 Daniel Hannan “bestrides the Atlantic like a majestic combination of Winston Churchill and Piers Morgan,” says Boris Johnson on the dust jacket of this book. The precise form of that disquieting chimera troubled my mind as I began to read the Introduction. But because Boris is an astute appraiser, judicious classicist and discerning patron, I settled down to what he promises will be a feast of anthropological scrutiny, philosophical insight, political polemic and epigrammatic anecdote.

And that is exactly what you get – a narrative survey of a thousand years of evolving liberty expressed in page after page of clear-headed contemplation and premium prose. Hannan’s essential research question is: ‘What made the Anglosphere miracle possible?’, and the answer, in short, is to be found in the peculiarly English conception of liberty which incrementally defined an island nation, helped shape an empire and still interrogates the world. We obviously weren’t the first to free captives: that dispensation is found throughout classical antiquity. But the English and then the British were foremost in the conceptualisation of the principles of self-determination – individual rights, private property and personal liberty – which led inter alia to the common law, jury trials, religious pluralism, representative democracy, free markets, the rule of law and the abolition of slavery.

The providential extension of materialism, capitalism and pluralism was not hindered by the maintenance of standing armies in peacetime or state repression of the people. In order to govern, our overlords had to persuade and obtain common consent: law came up from the people, not down from regime. The advancement of this social contract was a righteous mission, founded upon a Protestant understanding of the Divine Order and man’s inherent equality with man. “The idea that everyone should read the scriptures had egalitarian and democratic implications”, Hannan writes. “Protestantism also bound the peoples of Great Britain to their kindred across the oceans.” The contract of liberty became a covenant with God. And in a priceless nugget of historical insight, we learn that “Government of the people, by the people, for the people” appeared in the prologue to Wycliffe’s Bible five centuries before the phrase was appropriated by Lincoln. It was an Englishman who inspired the foundation of the City upon a Hill. If the resulting religious, political and economic freedoms were the cornerstone of the Anglosphere, Protestantism was its nascent soul.

The book chronicles the milestones which incrementally defined our liberties – Magna Carta, the Reformation, Elizabethan Settlement, Civil War, Glorious Revolution, Bill of Rights/Claim of Right, and the exemplary child of them all, the Constitution of the United States – the greatest guarantor of freedom the world has ever known. It wasn’t all picnics and plain-sailing, of course: some people’s liberties meant coercion and incarceration for others, and the spread of freedom occasionally lapsed into restraint and injustice. But this murky history is skilfully woven into Albion’s rays of sunshine and top-of-the-world optimism.

Hannan’s notion of Englishness is based not so much on the DNA of parochial consanguinity or narrow assertions of ethnicity, but on a shared inheritance that defines nationality and the common ideology that shapes Anglosphere attitudes and ethics. We talk about ‘Western’ values just to be polite to the Germans, French and Spanish. The Anglosphere is a fraternal union of the English-speaking peoples all over the world – whatever their skin colour or ocular slant. And their (or our) vocation is the extension of freedom – in the realms of politics, economics and religion: an enhanced alliance based on prosperity and common liberties. If ever there were a positive and substantive vision for the British people after European Union, this is surely it. 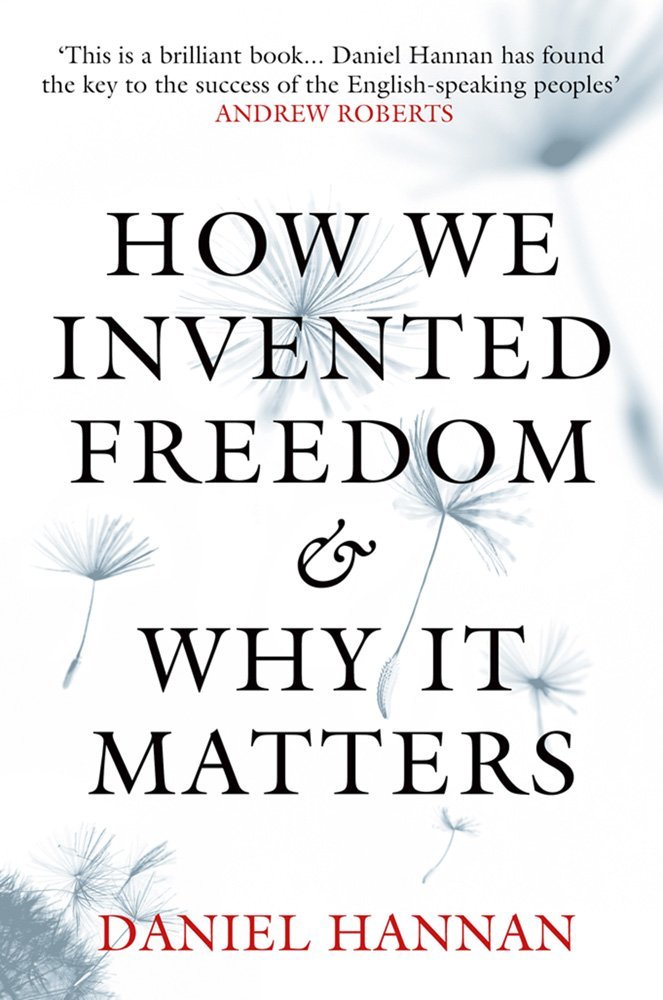 Like Hannan himself, this book dispels gloom and exudes positivity. And yet it has a fin de siècle feeling about it. The United Kingdom presently stands at the crossroads of destiny: we can turn left, to the incremental diminution of our ancient rights under ever-encroaching laws against ‘hate speech’, public preaching, peaceful protest and the independence of the press; or we can go right, toward freedom of speech and expression, freedom of assembly and association, freedom of religion and worship, freedom of contract and employment, and freedom from oppressive, arbitrary and punitive taxation. All of the main political parties and their leaderships have turned left: it is as though we need another glorious revolution to reassert the supremacy of the elected representative over the government official, and proclaim the primacy of the citizen over the state.

The solution, Hannan proposes, is to be found in a modern British Bill of Rights, which, he thinks, will codify and guarantee our ancient liberties. David Cameron has said more-or-less the same thing, and so has Nick Clegg. But it is hard to envisage a viable or distinct ‘Anglo-Saxon’ renovation of the 1689 Bill when it would (legally) need to conform to the continental expression enshrined in the overarching European Convention on Human Rights. And yes, I know the British were there at the beginning, but things have moved on since the 1950s. Just as the miracle of common law is contrary to the principles of Napoleonic abstract law, so the ‘Western’ notion of fundamental freedoms is antithetical to the Anglosphere understanding of liberty: the advancement of equality for all ultimately nullifies the freedoms of all.

Unlike other European states, England never fell to dictatorship or revolution; we never voted for fascists or communists; we remained sovereign and free. Yet beneath the anti-democratic oligarchy of the European Union, coercive and illiberal forces are limiting religious dissent, corroding judicial independence, and reintroducing a ‘test act’ for public office – that of staunch adherence to the immutable orthodoxy of equality and the inviolable doctrine of secularity. This is happening because, by a quirk of history, British prime ministers have inherited, more or less intact, the discretionary powers attached to 18th-century monarchs. Under the Crown Prerogative, they can sign international treaties, wage war, cede territory, pardon criminals, appoint members of the armed forces, recommend bishops, grant honours and command the state machine.

Institutions deserve respect: heritage is concerned with traditions and the imperative of their preservation. If we can get the structures right, liberty and happiness will follow. If Anglosphere exceptionalism is to be preserved, it must first be acknowledged and unashamedly proclaimed. And that is precisely what this book does: it reasserts that we need a government of laws, not of men. It reminds us that a parliamentary majority, however large, cannot arbitrarily redefine that which exists ontologically. A constitution would be the guardian of individual freedom, frustrating the imposition of the collective will of politicians and restraining the faddish whims of the people.

In its historical breadth, anthropological depth and philosophical scope, ‘How We Invented Freedom’ is a magnificent and enlightening read. I do, however, have a couple of niggles: one with the author and another with the publisher.

This book is not mere Whiggish polemic, but a scholarly survey of the historical development and philosophical meaning of a particular conceptualisation of freedom – the English one. It merits a place on the library shelves in the departments of politics, philosophy and history of all colleges and universities. But its usefulness to researchers is immensely hindered by a lousy index.

For example, Hannan makes a number of references (as you might expect) to John Stuart Mill and his seminal libertarian philosophy. But (astonishingly) Mill does not feature in the index. Yet a Victorian Tory MP by the name of Arthur Mills (who?) is given a solitary passing mention in the thesis and is deemed worthy of indexation. Surely a discourse on English liberty ought to be more generous to the godfather of its conceptual codification.

And on this gripe, whole sections of the book expound the significance of the Reformation and the important role in the development of religious toleration played by Anglicans and the global spiritual mission of the Church of England. Yet none of these weighty terms appear in the index, even under the generic category of ‘religion’: Protestantism is something theologically (and politically) quite distinct. ‘Catholicism’ is separately indexed, but, curiously, only in reference to ‘anti-’ expressions: “John Adams, the second president, wondered ‘Can a free government possibly exist with the Roman Catholic religion?’.” This index tilt is odd when you consider the number of ‘positive’ references Hannan makes to the faith in, for example, the Weber-confounding capitalism of the Catholic cantons of Switzerland, or the Roman Catholic conceptualisation of a ‘distributive’ ethic.

None of this, I wish to reiterate, is the author’s fault. But he is presumably responsible for alleging (albeit parenthetically) on p183 that theology has never mattered much to Anglicans. As one of that faith, whilst acknowledging a certain diversity of doctrine, liturgical practice and ecclesiastical organisation, I can confirm that our theology is unequivocally catholic and matters a very great deal to an awful lot of us. The spanning of a wide range of beliefs does not amount to theological indifference.

But this is a minor cavil. ‘How We Invented Freedom’ is a lovely essay: it is a treatise of fundamental values; the exposition of an English creed. Daniel Hannan is neither embarrassed by England’s ingenuity nor ashamed of Great Britain’s greatness. Heeding Milton’s exhortation, we, too, must “consider what Nation it is whereof ye are” in order to encounter its “quick, ingenious and piercing spirit”. If we do not, we risk sleepwalking into serfdom. Right across the Anglosphere, this book deserves to sell like hot cakes, maple leaf cookies, barbied shrimp, chaat pakori and potato chips.