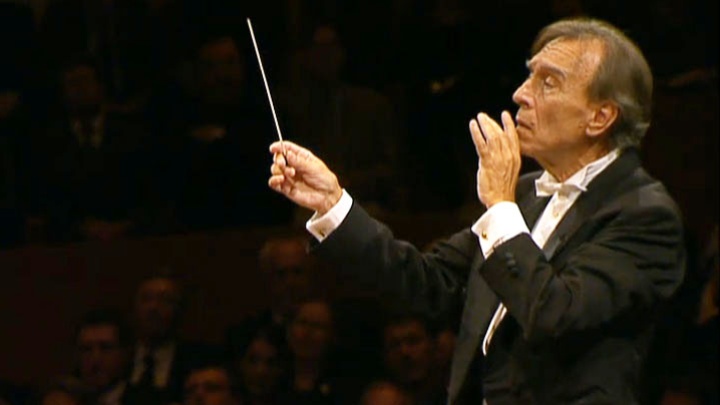 The world has lost one of the greatest musical virtuosos of our time. The renowned and charismatic conductor Claudio Abbado died on Monday. You only have to contemplate his Mahler 9, Bruckner 9 or his Brahms 3 to appreciate the breadth of his interpretative capacity and the profound grasp he had of musical form. Listen intently to the pulse of his sound: the silences have a cavernous depth; crescendos soar in emotional ecstasy; and his adagios creep toward heaven almost in communion with the divine. He was as serene on the podium as he was silent in life: music was his worship, and that was the gateway to freedom – spiritual and political. For him, no movement should distract and no words deflect from the sanctity of sublime orchestral harmony.

Obituaries and tributes have been written the world over. That other classical colossus Daniel Barenboim said: “We have lost one of the great musicians of the last half-century and one of the few musicians who had a particularly close relation with the spirit of the music, and one that went beyond the boundaries of musical genres.” In memoriam, next week, Barenboim will lead the orchestra of La Scala, Milan’s opera house, in the funeral march from Beethoven’s ‘Eroica’ symphony. It will be performed, as has become customary, to an empty house, doors open.

There was a sentence in Barenboim’s tribute which is easy to pass over. He reminded us that Abbado “sent signal to the world that young and inexperienced musicians can, with the right mindset and commitment play music at the very highest level. For this we must thank him”.

This is an important affirmation of Abbado’s dedication to the importance of music in education. You will read many dozens of eulogies to his legendary work at La Scala, or with the London and Chicago symphony orchestras, or the Vienna and Berlin philharmonics. Only a few will appreciate the significance of the years he spent teaching young people when his musical career was faltering; and even fewer will honour the fact that he became the founding musical director of the European Community (now European Union) Youth Orchestra in 1978, and of the Gustav Mahler Jugendorchester in 1986. Abbado was passionate about nurturing young orchestral talent, and, like all good teachers, he patiently instructed hundreds of eager teenagers in knowledge and technique, coaxing them in frustration and mentoring them through trauma. Their musical literacy, fluency and flair were doubtless greatly enriched by an encounter Abbado’s passion, artfulness and genius.

A great deal has been written about the importance of music in education; of the need to inspire children when the creative soul is at its most receptive and malleable. Plato was of the view that the arts produce an inner harmony. He takes a dim view of ‘popular’ art, which he thinks is something of a vice and a hindrance to education. But ‘good’ art is inherently virtuous because it reflects reality and leads us toward truth, even to the blessings of Zeus from knowledge of divine law. He was wary of man’s propensity for idolatry – creative imitation and superficial mimicry – what we might call the X-Factorisation of youth. Some scholars believe he banished artists from his republic altogether for this reason alone, but it should be noted that music remained on his academy curriculum. He believed that it should be taught when students have grasped “moderation, courage, frankness, high-mindedness and all their kindred”.

I take a different view: musical education goes hand-in-hand with character education: it trains the mind in apprehension and the body in self-control. Having the opportunity to learn under the baton of maestros like Abbado is soul-cultivating, but children may learn just as much about pleasure and pain or truth and beauty from a teacher who can channel such genius and inspire them to develop their own knowledge, understanding, tastes and attitudes.

There has been a lot of froth in the media about Michael Gove somehow devaluing all expression of the creative spirit in the dogmatic or “ideological” pursuit of the academic. It’s all nonsense, of course. He understands, like all educators do, that the best schools are holistic in their approach; that the mind is better able to cope with simultaneous equations and iambic sonnets when the body has scored a few goals and the spirit has sung an oratorio or wailed through Elizabethan tragedy. I was lucky enough to go to a grammar school which had a fine choral tradition and not a bad orchestra. We tackled some fiendishly complex pieces; some quite beyond my Grade-V competence. But it was during those years of singing Mendelssohn and playing Schubert that I came to appreciate how Palestrina differs from Chopin, why Bach is as spiritual as Milton, and how Beethoven and Shakespeare sweep through the whole gamut of human experience.

Music is emotion and reason, and these may be deployed for harmony or anarchy. Claudio Abbado instinctively knew that reaching out to children was integral to the artistic vocation, because the aesthetic experience nurtures the susceptible imagination and permits the child to enter into the lives and experiences of others. He helped them to move from selfhood to association; from solo to orchestral. It defies logic, but empathy and collaboration are superior because they move us beyond sterile assertions of individuality to higher planes of feeling and concern for the well-being of others.

The child that begins with do-re-mi will soon grasp the meaning of melody, and those who delight in melody will eventually be enriched by harmony. In my morose and melancholy youth, it was Mr Pearce who taught me counterpoint and harmony; Mr Harris and Mr Brown who taught me the importance of ensemble; and my good friends Graham Berkeley and James Hough who helped me to appreciate nuance, texture and difference. But it was Mr Viner who loaned me a scratched LP of Claudio Abbado’s recording with the Vienna Philharmonic of the Beethoven 8 and Schubert 8. There was something intensely profound and intuitively higher. I can’t explain, but I had heard and understood.